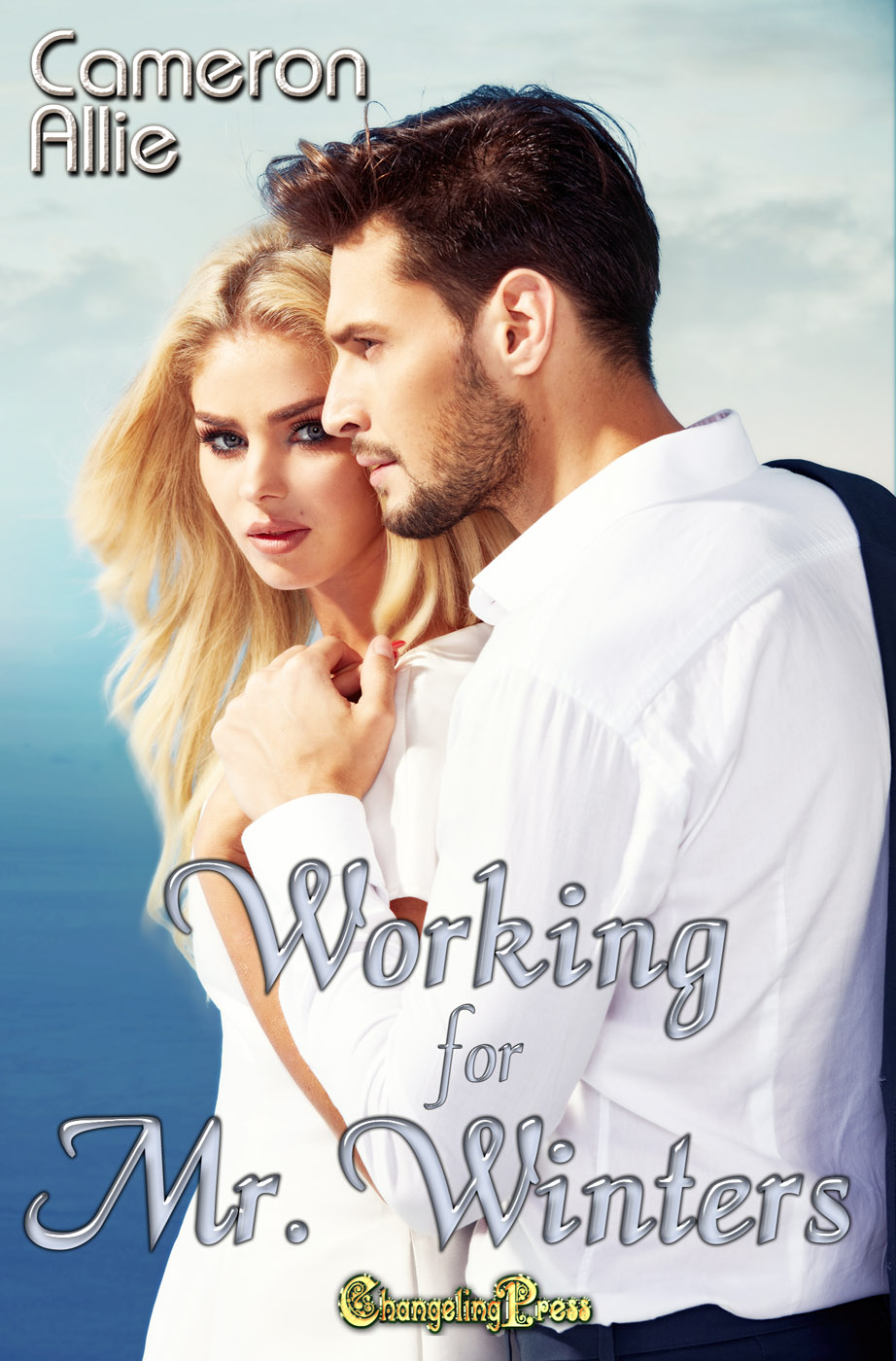 Love Me or Leave Me Book Two

With a job interview looming, Candice is nervous about what her future holds. She’s not sure she’s qualified to work in a brewery, even if the job is as an administrative assistant. Despite her doubts, she decides to give it her best.

When a sexy stranger shows up and offers to help her, she takes him up on his offer. His brewery experience helps Candice better understand what this new job might be like. Feeling a little more prepared, Candice walks into the interview the following day, only to discover the helpful stranger from the night before owns Winters Beer.

Allan Winters knows he shouldn’t hire Candice. He can’t deny the sexual attraction between them. She might not be the most qualified candidate, but she’s determined to learn and eager to please. Will hiring her be a fatal mistake, or the best decision he’s ever made?

In the quietest area of the bar, Candice sat in a booth, sipping water. On the table next to a pile of papers, a plate of French fries were getting cold while Candice scrolled through her iPad, cramming her head with as much information about Winters Beer as she could.

She took a break from skimming their website to take a peek at her phone.

No word yet from her friends. They’d promised to meet her at the Fiddler to help her prepare for her job interview tomorrow.

In their group text, Riley had posted a gif of Brick Tamland, from Anchor Man, laughing while eating a banana. The caption read ha ha good one. It had been in response to Candice telling them she wanted to meet at the bar to study. She’d then had to explain how she wanted to celebrate with a beer when she finally felt ready for the interview. Secretly she hoped it would help her sleep. She wanted it to calm her nerves, but the more she studied the more she doubted she’d be able to sleep. She was laughably underqualified for this job.

Reaching over, she dipped a French fry in the mountain of ketchup and popped it into her mouth. Where were her friends?

Riley had texted to say she’d been caught up at work, but Nikki didn’t have an excuse for her tardiness. Likely she was getting hot and sweaty with Michael. Since they’d started dating they were almost always late and often a mess when they finally arrived. They couldn’t seem to keep their hands off one another.

As she grabbed another fry she spared a glance toward the door and managed to drop a gob of ketchup on her résumé. She did her best to wipe it clean, but she’d definitely need to print off another one before she left in the morning.

Sighing, she went back to her iPad and continued to scroll through the information about how beer was made. Butterflies filled her tummy. She’d never be ready for tomorrow, and with each passing hour it became harder and harder for her to focus.

Looking up from the screen she was expecting to see the twenty-something waiter, but instead, a mature man stood hovering over her. Piercing blue eyes peered down at her from behind a set of dark-framed glasses. A few gray streaks rippled through his brown hair. A T-shirt and jeans covered a firm-looking body.

Candice instinctively shifted to allow him space in the booth, then thought about it and slid back into place.

“I was going to offer to buy you a drink, but you look hard at work.”

“Yes.” She scrubbed her face with her hands. “I’m studying for a job interview tomorrow.”

“Yes.” She laughed. “I was going to celebrate with a beer when I finished. Actually, the job is for Winters Beer so I figured I should try it before I walk in there tomorrow.”

“Well, good luck with that.” His large palm settled on the booth. “They don’t sell Winters here.”

“Seriously?” Candice slumped. “I’m so not ready for this interview.” Self-doubt consumed her.

“I’ve done my fair share of hiring. Want some help?”

Candice was skeptical. Strangers always set her on edge. “What is it you do?”

“I’m a supervisor at a factory. I interview people all the time.” When she hesitated, he added, “I worked in a beer factory when I was in high school.”

She perked up. “You know what? That would be great. My friends were supposed to help me, but they seem to have bailed.”

Candice looked at her sad pile of fries. Her appetite just wasn’t there. “No, thank you.”

She watched him walk away, fully appreciating the view of his tight ass in those snug jeans.