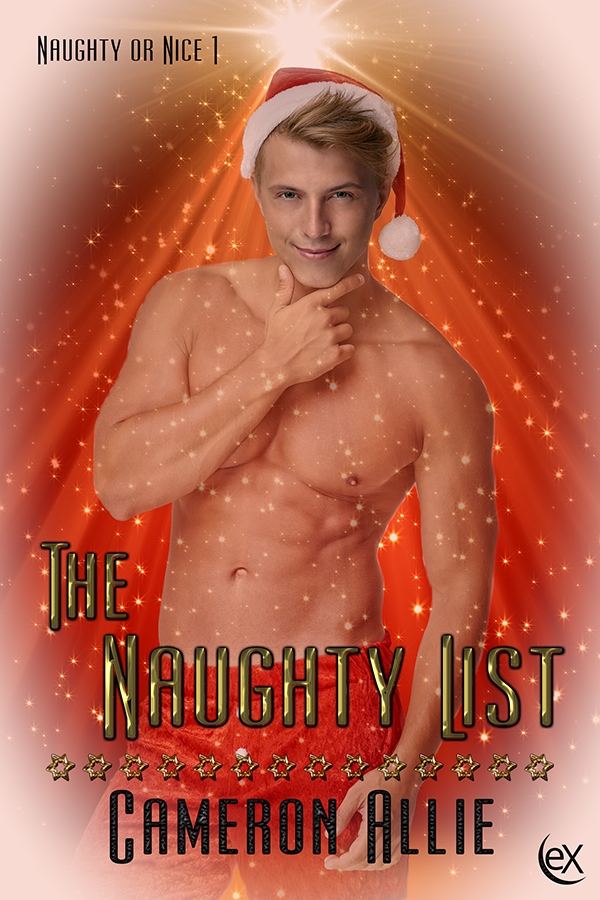 Can Kylie be naughty enough to get on Santa’s list this Christmas?

Already nervous, the last thing Kylie anticipated when she walked into the club, was that she’d recognize Santa. She certainly hadn’t expected the holiday Dom to be her brother’s, nicer than nice, best friend.

“Can I tell you something that’s a little embarrassing for me?” Kylie sat on her friend’s sofa, sipping hot cocoa while watching Love Actually. In the next room, the freshly decorated Christmas tree was twinkling brightly.

Kylie had met Hannah at work a few months ago, and they’d instantly hit it off. They were both single, both thirty years old, both personal trainers, and both on their second career after failing to enjoy what they’d originally set out to do.

Hannah had gone to college to become a social worker, but she had underestimated the emotional drain that came with such a demanding job. She’d burned out very quickly. Kylie had become a daycare teacher but had quickly become frustrated with the broken system and had quit after her first year.

As the holidays drew closer, Hannah had invited Kylie over to trim the tree and partake in some traditional holiday merriment. With the tree finished, a batch of gingerbread in the oven, and their bellies full from hot chocolate, they were both pretty tuckered out, and yet tomorrow they had plans to go shopping.

“Of course.” Hannah glanced over but turned back to the screen.

“What?” Turning so fast she nearly spilled her mug, Hannah grabbed the remote, paused the film, and set down her cup. “What do you mean, you’ve never enjoyed sex?”

Kylie shrugged. “I don’t know. It’s always been just okay. Like I could take or leave it. It’s something I should do because, well, that’s what you do in a relationship, right?”

Disappointed, Kylie wanted to disappear into the couch. She wished she hadn’t said anything.

“Maybe you haven’t been with the right guy?” Hannah suggested.

“I’ve been with my fair share of men. None of them seem to do it for me.” She didn’t consider herself a floozy, but after a long-term relationship, a few shorter ones, and a couple of one-night stands, she knew sex was just a big disappointment for her.

“Maybe you’re just not into sex. Some people aren’t. Maybe you’re asexual. Do you have sex with yourself?”

Kylie blushed. She really shouldn’t have started this conversation.

When she didn’t answer, Hannah brazenly went on, “Like, do you own any toys or touch yourself? Stuff like that?”

“I shouldn’t have brought it up.” Kylie went to pick up the remote to un-pause the film, but Hannah snatched it from her.

“No. This is important.” Hannah switched the TV off. “You know I won’t judge you, right? You can tell me anything.”

Kylie wasn’t sure. Their friendship was so new, but they’d bonded very fast. Kylie felt closer to Hannah than she did to any of her friends from high school. At times she even felt closer with her than she felt to her own sister.

“How about I tell you something first? Something I don’t normally share. Will that help?”

Kylie stretched forward and set her mug down on the coffee table. “Look, Hannah, I don’t want to push you—”

“Sometimes, I have sex with both of them. They tell me what to do, and I do it. No questions asked.”

Kylie’s heart started to race. Maybe she could open up to Hannah. Her lifestyle brushed up against the things Kylie had often fantasized about trying but had never acted on. Two Doms though, that wasn’t for her. She just wanted one good sexual experience. Was that too much to ask for, for Christmas?

“So, that’s my little secret. How about you? Do you have sex with yourself?” Hannah circled back to her original question, leaving Kylie with a million questions she wanted to ask, but didn’t yet dare to.

“So you think you would enjoy sex? You know, with the right partner?”

Kylie shook her head. “No! Not that there’s anything wrong with that, but I’m just not.”

“Okay. So maybe it’s the guys you’ve been seeing. What are they like?”

They’d all been jerks. Well, not all of them, but most. “They’re either really boring or selfish assholes in bed.”

Slowly, a grin came over Hannah’s mouth. “Got a little fantasy tucked away in there?”

“So the club I go to is kind of like a night club. There’s a bar, some dancing, a main stage for exhibitionists, but there are also private rooms. There’s a dungeon master to ensure everything is safe and consensual. And when it comes to alcohol, there are strict rules, particularly for those engaging in active play.”

“But what goes on there?” Kylie didn’t want to be nosy, but she was curious. She wondered what active play was.

“Some people go to hook up or act out a scene. Some go to meet new people or show off their subs. There’s all types of fetishes going on, though admittedly, this club isn’t as hardcore as others I’ve been to. This one is a little more vanilla, but it’s not uncommon to see a good whipping or paddling. What are you into?”

Kylie bit her lip as she considered telling Hannah. “I’ve read all the books.”

Hannah rolled her eyes. “You mean like that Grey book?”

Clearly, that wasn’t impressive. Everyone and their mother—hell, their grandmother—had read about Christian Grey.

“Okay. There’s something there to work with.”

Briefly closing her eyes, Kylie fessed up. “I’ve watched a lot of videos, too.” Her blush deepened as she glanced at her friend. “And I’ve joined a couple of online chats, but nothing ever face-to-face or via video. Only messaging.”