The Siren and the Water Witch 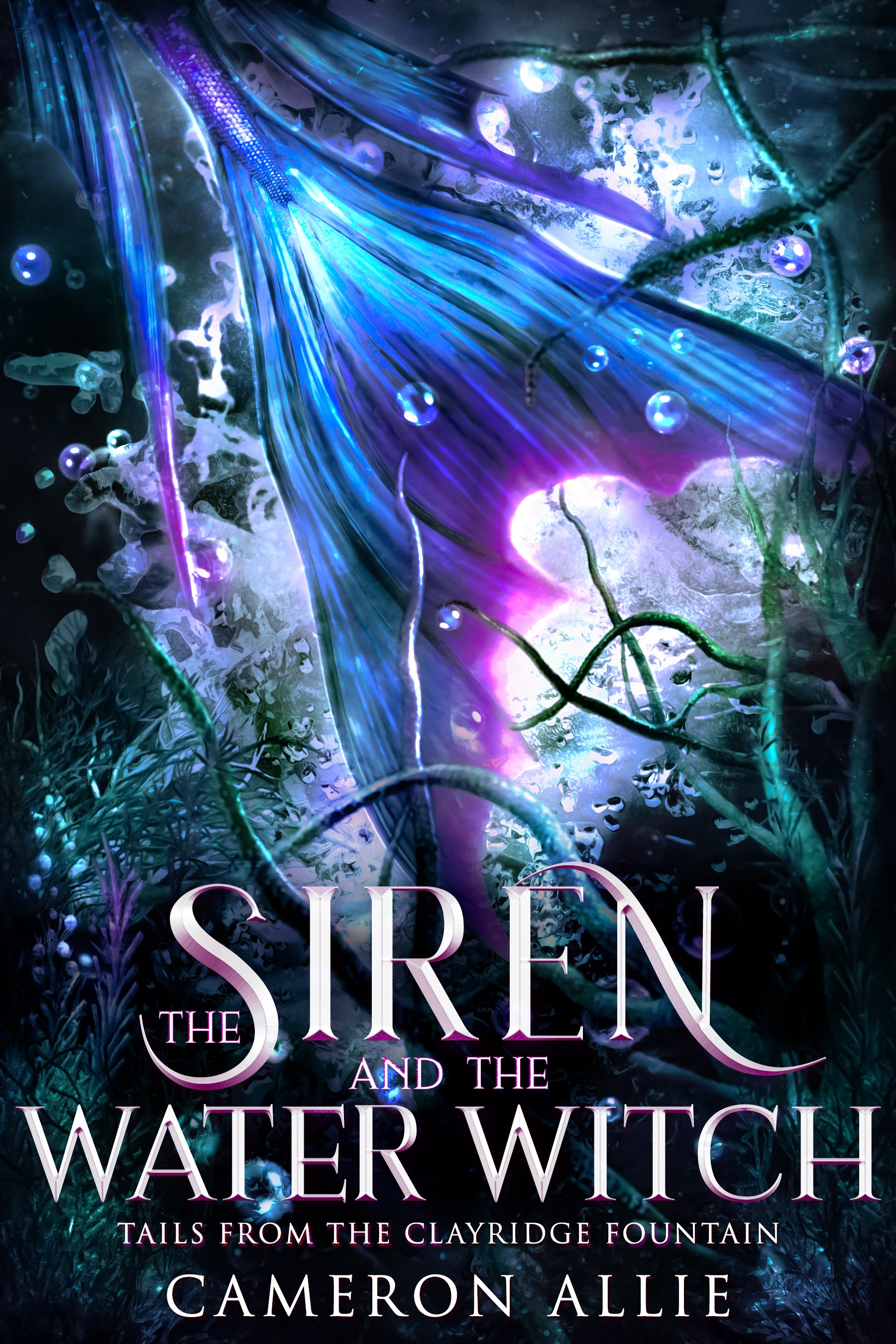 Tails from the Clayridge Fountain (Book 1)

Ezra is about to discover just how much one night of pleasure is really worth.

Star athlete and academic wizkid, Ezra Graves, is acing his classes at the Barrett Academy, all except botany. After scoring a passing grade on the midterm, Ezra considers ways to celebrate, and nothing sounds more appealing than a trip to the Clayridge fountain to indulge in the forbidden with a siren.

Ezra doesn’t need to vie hard for female attention as the Academy’s golden pupil, but he’s dying to shed his good boy image and taste the forbidden. Visiting the fountain could damage his reputation and academic career—even get him kicked out of the Academy. More could be at stake, as he receives a gentle reminder that half-blood witches have been disappearing lately. Being away from the protection of the school grounds—particularly at night—could prove deadly.
Armed with enough gold coins to pay for a night with one of the fishy seductresses, Ezra ignores his better judgment and heads for the fountain. But little does he know something dangerous is lurking in the shadows, with Ezra’s name and the promise of a significant paycheck if the witch can be caught and delivered to the notorious vampire, Nixon Castor.

Telling Waylon and Atticus that he needed a break might have been a mistake. Well, telling Waylon, at least.

Ducking his head, Ezra glanced around the mostly empty dining hall. He did not want anyone overhearing their conversation. “Would you keep your voice down?”

“I’ll take that as a yes.” Waylon’s grin spread further across his face. “Show me a guy who doesn’t jerk off to fantasies about the sirens, and I’ll show you a damned liar.” He stuffed a forkful of mashed potatoes into his mouth. “Everyone fucking does it.”

“It’s a dangerous idea.” This came from Atticus, who took a sip of coffee while glancing over the newspaper.

Keeping his voice low, Ezra replied, “I don’t need to pay to get laid. All I said was that I needed a break.”

“You said you wanted to celebrate passing Professor Imp’s midterm.”

Ezra’s shoulders relaxed as he exhaled. He was acing all his classes. He was the student body president and the captain of the Barrett Dodgers. The guy his peers looked up to. The guy the staff and parents expected to set a good example.

He was the witch to watch.

Failing Professor Imp’s botany class was not an option.

“It was barely a pass.” His stomach still knotted when he thought about the midterm that started off his week. “I’m just glad she gave them back today, so I don’t have to worry about it anymore.”

“A C-plus is better than just a pass,” Atticus said, snapping his paper. “But I get it. You’re used to straight-As.”

“I hired a tutor. I put in extra hours with Imp. I’d studied for this for weeks, and I was up all night cramming for it. A C feels a bit like a slap in the face after all that.”

“So the golden boy isn’t perfect at everything.” Waylon shoved another forkful of potatoes past his lips. The creamy, white vegetable rolled through his mouth, visible as he continued to talk. “My parents would dance if I got more than a C-plus on something besides flying.”

Atticus put the paper down. “Go to your parents’ for the weekend. Take a break.”

Ezra snorted. “A break? We have two more midterms next week, a paper due, and a competition on Friday, which means an extra hour of practice every night. And don’t forget, Professor Mallor wants us to write a new spell.”

He resisted the urge to rub his temples. A break just wasn’t possible.

Waylon glared in Atticus’ direction. “The guy needs more than a break. He needs a release.” His gaze turned to Ezra. “You won’t get what you need at your parents’ place,” he added with a piece of roast speared to the fork tines when he pointed it in Ezra’s direction. “Go to the fountain. It’s what you need. I swear, it’ll change your life.”

Waylon had a habit of occasionally visiting the sirens. Despite his loud mouth, it wasn’t something widely known outside their circle of friends. No one wanted a reputation tarnished by a trip to the Clayridge fountain for a night with a prostitute.

A break from school would be awesome, but as Waylon pointed out, spending the weekend with his parents, while nice, would still involve discussions about the academy and his future. Not to mention, he’d just be bringing all his schoolwork with him.

He wanted a break from all the expectations and all the eyes that watched his every movement. He didn’t want to have to be perfect all the damn time.

A warm female body to keep him distracted seemed like a good idea. He could call up any of his past partners. They’d be willing and had always kept their activities private, but the idea of revisiting one of them was unappealing. Each one was looking for more than just a few hours of hot, sweaty sex, and adding a girlfriend to his roster of extracurricular activities was not going to happen. Another person to please and impress was the last thing he wanted.

He craved something different. Something unexpected and new.