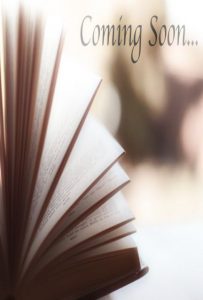 Sometimes you need to take a walk on the dark side.

When Rowan Mallor, defense magic specialist, hears that a former lover has been murdered, he shrugs it off as a typical occurrence for mortals who choose to wander outside the safety of Clayridge’s formidable walls. Everything changes when a letter arrives from the dead woman’s attorney informing him of the teenage daughter he never knew he had—a daughter who’s been traded to the villainous vampire Nixon Castor.

The night Yvette ‘Evee’ Barrett catches Rowan breaking into the Collections Room at the Barrett Academy, it only confirms her judgment of his character—he’s a liar and a cheat and not to be trusted. Unfortunately, her father, Headmaster Barrett, believes Rowan when he promises to help find the students that have been mysteriously vanishing from the Academy. Even worse, her father hires him to become the new defensive magic teacher, which gave Rowan the chance to accomplish whatever he started the night she caught him breaking into the school.

With the two forced to work together, it’s a war of words and mistrust—Rowan will use any means necessary to steal the precious Book of Damned to save his daughter and the missing students, even if he has to seduce Evee to accomplish it. Meanwhile, Evee is determined to unearth Rowan’s secret and see him rot in jail. But to save not only the school and students but society as they know it, the pair must put aside their differences and do something neither desires—work as a team to save what’s most precious to them.