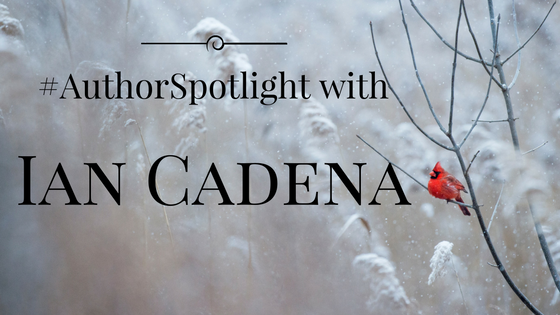 Ian Cadena is yet another M/M author who I’ve met through Sean Kerr. He’s delightfully funny, writes very steamy prose, and is a rapidly rising star in the M/M genre. Ian is also one of the authors that will be “taking over” my Facebook release party on Friday, December 16, 2016. So if you want to catch him live (so to speak) he’ll be hosting the party from 8-8:30 EST.

So let’s get to know Ian!

I’m a native Texan and crave cold weather and a lush colored Autumn with a cool breeze!

I should have figured it out sooner that I desired to be a writer when I was writing out storylines for my action figures and creating my own campaigns and backstories for my friends while playing Dungeons & Dragons.
Growing up I was always fascinated by ghosts, bigfoot, UFO’s and all unexplained mysteries (Okay, I still am). I absolutely loved watching Kolchak: The Night Stalker with Darren McGavin.

Like most writers I started when I was young. I started writing seriously during college and after I graduated I took off to California to pursue acting. I was an extra in a few movies and shows (you can actually see me in Children of the Corn III: Urban Harvest). Then I moved back to Texas and eventually moved to Austin. I directed, wrote and starred with two other people in a short film (The Blasé Witch Project) in 2001 that played in the Austin Gay & Lesbian Film Festival, where I won a much sought after Ken Doll leg trophy for “best low-budget parody of a low-budget film.”

What draws me to writing is that you are the creator of your Universe. You are not inhibited by budget, only your imagination. And most of all, the things we know “not” to be true can be a reality in your written works. As an author I have the opportunity to make Myths, Legends, Magick, and Tall Tales a reality!

2. You are currently working on two different series. Can you tell us a little bit about each one? And what readers can expect when they open one of your books?

Yes, The Nexus series is urban fantasy and The Hard Boys series is M/M paranormal erotica.

The Nexus is an Urban Fantasy book series set within the year span of Max’s arrival in Ravencrest. The 1st novel takes place in the fall and subsequent novels to take place in winter, spring, and summer. These novels are unique in that they focus on holidays corresponding to witch Sabbats, such as Samhain, and are inspired by Celtic, Norse, and Native American folklore and myths.

The Hard Boys is a light-hearted M/M Paranormal Erotica series in the spirit of Scooby-Doo. There are mostly dark M/M paranormal books out there and with this series I saw an opportunity to present the paranormal to readers that didn’t have to be focused around a vampire or werewolf. And what better way to do it than a group of paranormal investigators that get laid during their quest for answers to unexplained mysteries.

Overall, what readers can expect, and what I hear about all of my stories, is that they are unlike anything they’ve read before. I write weird tales! I don’t stick to any formulas and write about what intrigues 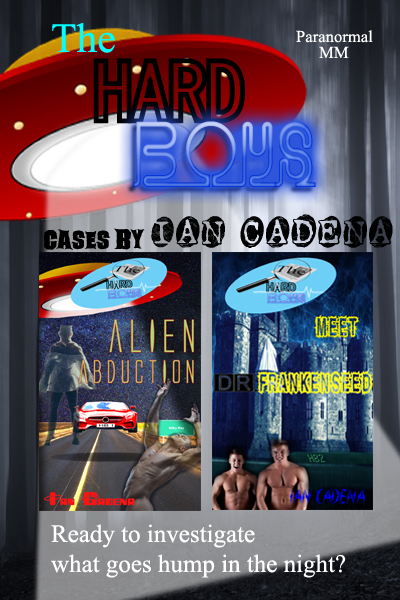 me, and only when I feel I can offer a unique perspective or put an interesting spin on a subject or genre.

3. What are your future writing goals?

My overall goal is to be able to write full-time! Other than that, I do have more books planned in The Hard Boys series and a Steampunk murder mystery brewing in my head. Also, I have spoken with author Sean Kerr about collaborating on a work together in the future. We haven’t hashed out any specific details as of yet, but I am thrilled and honored by the prospect!

Dan Brown and Michael Crichton. I enjoy how Dan Brown can get you engaged in the story immediately, and how Michael Crichton creates characters and tells a narrative. In my writing, I try to launch into the action so my readers are engaged right away and let the story unravel along the way in an entertaining way.

With The Nexus there is a coming of age story in Max Dane. There is a lot of my life experiences regarding my confusion with my sexuality growing up. Almost every gay person I know, knew they were gay at a young age. I didn’t. I didn’t figure it out until I was in my twenties. It was like one of those Sci-fi episodes when a major character wakes up and has been surgically and mentally altered but told they really are a part of that race, but were planted as a spy and now it’s time to come home. It’s that kind of mind-scramble. Except, in those episodes everything turns out not to be true and everything goes back to the way we’ve always known it for the series. In my case, it turned out the new person I woke up to was here to stay. I pull from these life experiences and include them in The Nexus as well as The Hard Boys with the character of Sparky.

Oh gosh, that’s a tough one as I have enjoyed so many scenes and characters. I think in The Nexus series I would have to say that I really enjoy writing for the Sisters Grimm! They are candid and creepy at the same time.

The Hard boys collided with the green light emitted from the mercury skin of the UFO.

They passed right through it into a wall of slime. It felt gelatinous, yet nothing stuck to their naked forms as they emerged on the other side into the UFO. Blue lights took over as they entered the sleek organic corridor. The lights seemed to originate from round cells that lined the walls. The Hard boys continued to be maneuvered through the air down the rounded corridor. Justin and Ethan could not move in the slightest. They couldn’t turn their heads to see one another. They couldn’t even move or blink their eyes. They were completely helpless. 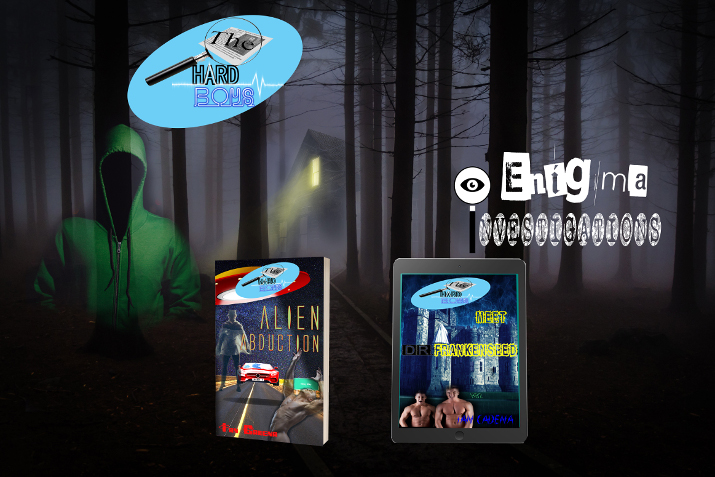 As they rounded the corridor they entered an opening into a bright room as though it could have been illuminated by fluorescents. In their peripheral vision, they could see forms of some kind of beings as they were navigated opposite to them. This room looked more like the lab setting they expected: metal walls and floors with lights and panels all around and various equipment they couldn’t make sense of. It was definitely less organic looking than the corridor, although, they now saw the two “chairs” they were being directed to. And those chairs looked purple and blue of the same materials of the lining of the corridor. The chairs were half-cocked—bent up a little at the knee—like loungers with armrests. Blue lights from cells lining the chairs flicked on, spun the Hard boys around, and sucked them back.

Ethan and Justin were stuck to the chairs, but they were able to move their heads and eyes now. They immediately turned to each other making sure the other was okay. Justin took comfort in Ethan’s tranquil blue eyes and Ethan felt reassured by Justin’s warm chocolate ones. They smiled to each other for consolation. Things couldn’t be that bad if they were together.

Ethan and Justin’s heads jumped as that was the only body part they could move at the moment. The voice sounded electric yet soothing. Standing before them was a gray colored alien. Its head was large and bulbous with black almond-shaped eyes. The head had no hair and only a tiny slit in the place for nostrils and mouth. The head looked too large for the five-foot body it rested on—thin limbs, small chest, no muscular definition. Ethan thought it seemed the large head was on the body of a child.

The being was absent of clothes or sex.