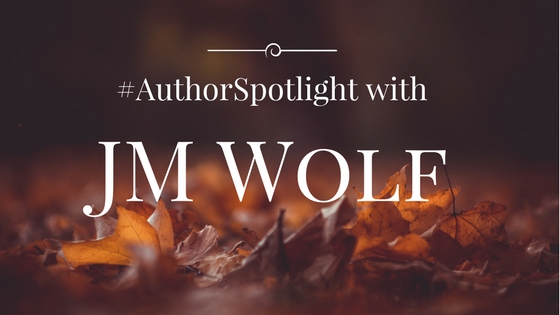 Less than six months ago I interviewed aspiring author JM Wolf. He was working tirelessly on his manuscript The Black Feather, with the intent of submitting it to publishers and hopefully landing a contract.

Well, congratulations JM, you did it! Now, not even half a year later, you have your name across the cover of a book. And if that wasn’t awesome enough you reached bestseller status, internationally, on Amazon. Well done!

Stick around after the interview for a sneak peek at The Black Feather’s sequel, The Fallen Crow. For those of you who haven’t yet read The Black Feather, fair warning, the excerpt below comes with a bit of a spoiler alert! Also, if you want to read my first interview with JM Wolf, click here.

Readers, I’m happy to re-introduce to you, JM Wolf.

1. Last time you visited us you were an aspiring author, this time you’re a published author. Congratulations! Can you tell us a little bit about the journey you’ve embarked upon since we last spoke?

My God haha, It’s been a very challenging journey. On top of trying to finish my college classes and going to work, I spent countless hours writing. I discovered I write best in the late evening like some kind of night owl. When it was finally ready I sent my manuscript to Encompass Ink, my first submission. I was aware that authors usually have to submit their work hundreds of times before finding a publishing house that would accept it, so I wasn’t expecting them to take on my work. It was during a live video on Facebook celebrating the completion of my book that someone from Encompass Ink notified me that they wanted to sign me on. I cried my eyes out during the live feed because I was so happy lol. After that, it was the long ENDLESS process of editing and rewriting to get the book ready for my release. 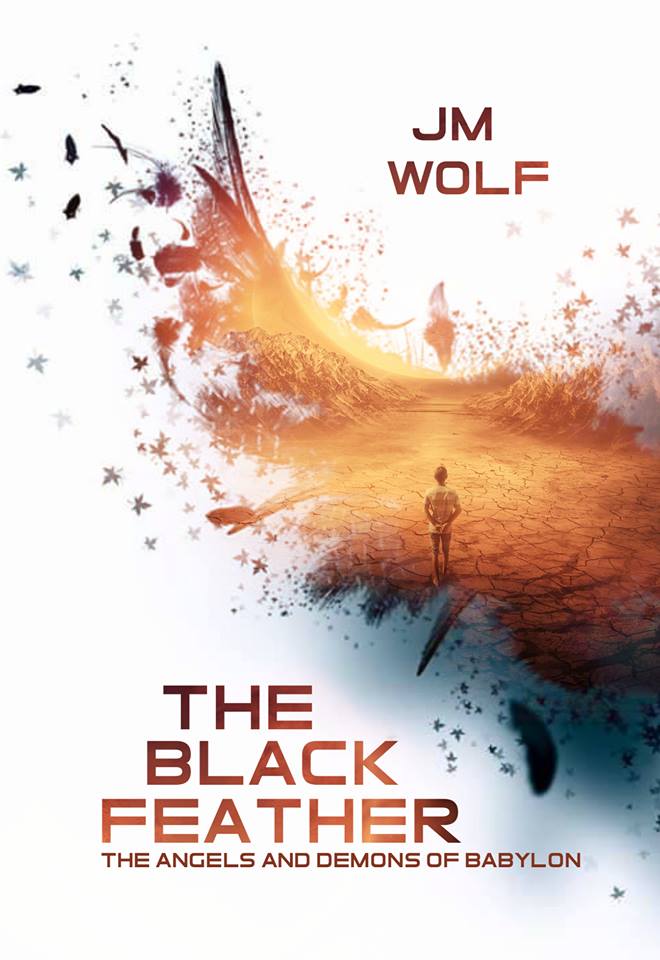 2. Can you tell us a little bit about The Black Feather? And what readers can expect when they open one of your books?

The Black Feather is a Fallen Angel/Human themed MM Romance. The Fallen Angel called Bastion, also known as Belial, has been watching over Scott Grayson for years, and when they finally meet, circumstances brought them together. Throughout the book, you see them trying to maintain a romantic relationship while dealing with the dangers of demons trying to kill Scott in order to get to Bastion, and also discovering that they both play an important role in a prophecy foretelling an upcoming war run by Lucifer. With The Black Feather, the readers can definitely expect several action scenes, a lot of blood shed, some beautiful romance, and hot steamy sex lol.

3. With The Black Feather through the publishing process, what are you working on now?

So, because of the major hype for The Black Feather’s release, I’ve been working endlessly on book 2 of The Angels and Demons of Babylon series titled The Fallen Crow. It’s a continuation on where The Black Feather will leave off.

Also, I’ve been slowly working on a new series called The Dragon’s Flute, which will be my first take on the MPREG genre. But that won’t be released any time soon because I’m working hard on research and figuring out the best way to tell this story that will make it both unique, and worth the read.

4. As a new author what advice do you have for aspiring authors?

The biggest advice I have for aspiring authors is to keep writing. Don’t write to get published, write for you. Stay true to yourself, and believe in your work. Make sure you enjoy what you’re writing, and work hard to stay on top of it. It’s not easy to write a full novel, and it sure as Hell difficult to stay on top of it, but never lose sight of why you’re writing in the first place. This is YOUR story, no one else. 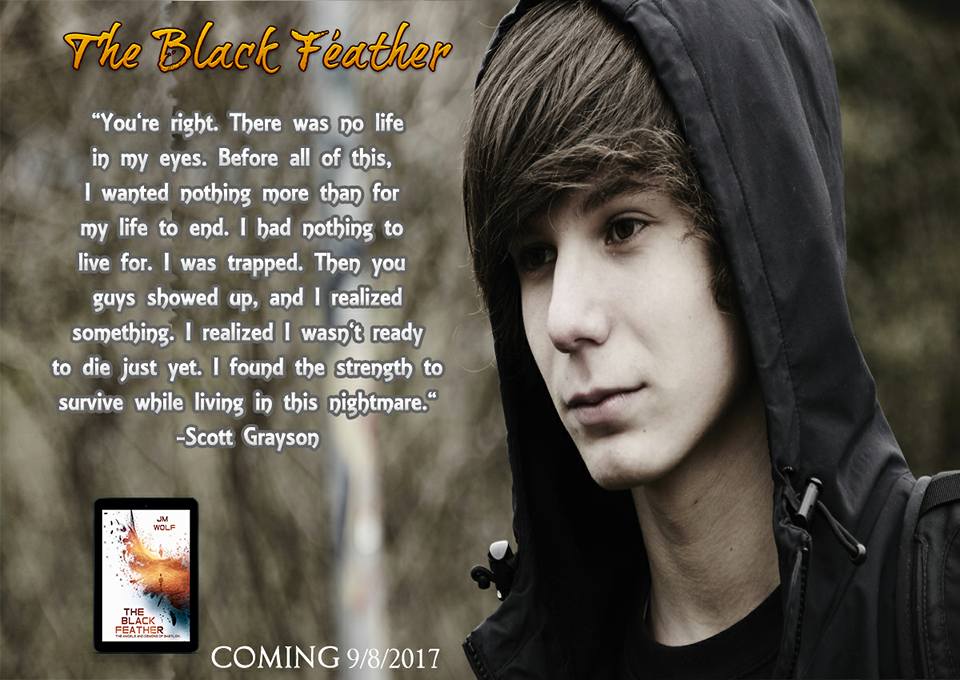 5. You listen to music while writing, I’ve heard you talking about your playlist. Can you give us some examples of what’s on The Black Feather playlist?

Lol yes I do have a playlist on both YouTube and Spotify that I call The Black Feather Soundtrack. It’s basically songs that, if TBF ever became a movie, these would be the songs that I can picture playing in the background. They fit with the storyline. Some of the songs in the playlist are My Demons by Starset, New Divide by Linkin Park, Not Gonna Die and Hero by Skillet, and of course, Fallen Angel by Three Days Grace.

For me, I feel the most difficult part of writing, in general, is just trying to stay on top of it. When you have a lot going on outside of writing, the process can easily get away from you. When I used to write back in High School, there would be times where I went days without updating my stories or lyrics until I just completely lose interest. It’s why I can never stress enough to keep at it, keep going. After that, the most difficult part is the editing, especially when there’s so much to edit. lol It’s my least favorite part of the whole process. 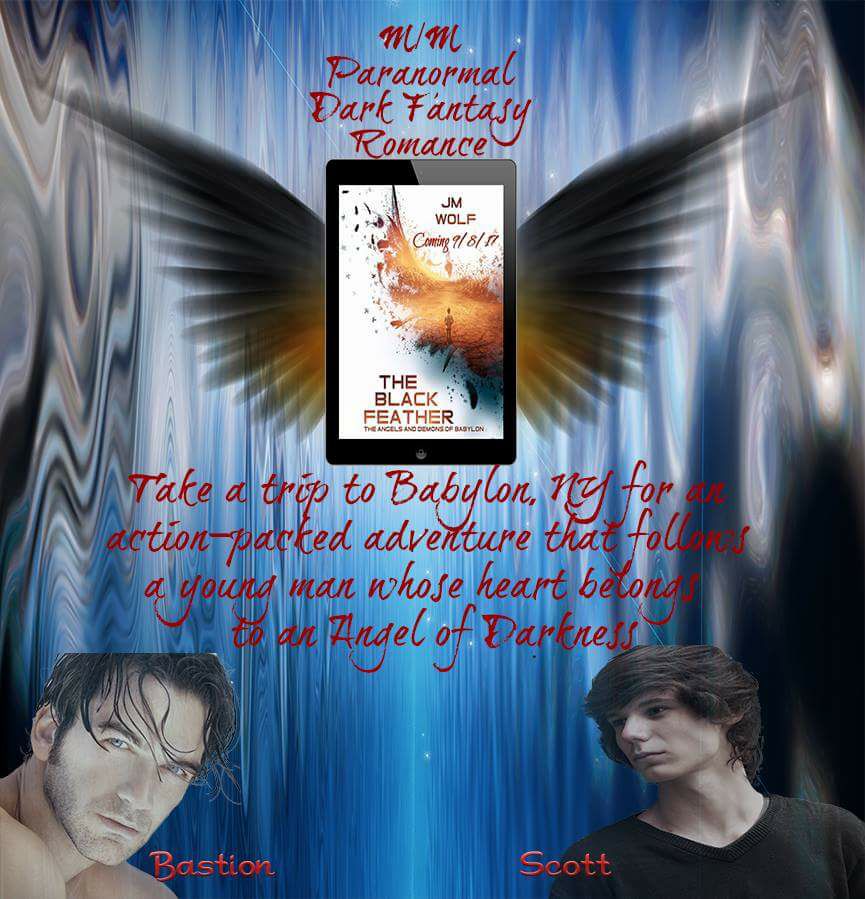 “When did you and Michael start dating?”

“Six months after you left, why?” Scott replied.

“Oh, so it took you only six months to forget about me?”

“Excuse me? You really want to go there with me about forgetting people?”

“I didn’t forget about you,” Bastion hissed.

Scott’s fists tightened at his side as if he was fighting for control.

“Bullshit! You took off in the middle of the night and forgot all about me. No call, no text, no letter, nothing. What was I supposed to do Bastion? Cry myself in misery alone while I spend every waking moment wondering if you were ever going to come home?” he fired back.

“You knew I would eventually come home.”

“No, I didn’t! I had no idea what the Hell you were trying to do, and after a while, I stopped caring! I stopped stressing myself over it because clearly the man, the fallen angel, that I loved didn’t want me.”

Bastion’s eyes starting tearing up at the accusation that he didn’t want Scott. It was the opposite, he wanted Scott. He wanted him so fucking bad. He needed him. He needed Scott like he needed to eat, or drink, or even breathe.

Scott wasn’t fairing but better. His eyes were turning red and watery as he fought his own feelings.

“You could’ve fooled me. At least with Michael, I know for a fact that he cares about me enough to stay by my side.”

“Was I not worth waiting for, Scott?” Bastion croaked, no longer able to keep the tears at bay.

“Was I not worth staying for, Bastion?” Scott retaliated, letting his own tears fall.

Bastion lost. He had no response to that. How could he say he was worth staying for when he actually didn’t stay?

Scott saw the victory for what it was.

Bastion was beginning to lose it. It was as if the string that was holding him and Scott together was another tug away from snapping. He didn’t want to lose Scott forever. He’d rather die than lose him.

“Scott, please. I know it doesn’t seem like it, but I promise I do love you.” Bastion pleaded, hoping Scott did believe him.

Scott remained quiet for a few moments as if mentally deciding the best thing to say. When he finally spoke, Bastion already knew what was coming. He knew that the imaginary string was about to snap.

Scott wiped his tears then stepped closer to Bastion. He reached up and undid the earring he wore that held the black feather Bastion left for him when they first met. Reaching for Bastion’s hand, Scott held it up and placed the earring on his palm, then closed Bastion’s fingers around it before dropping his own hands.

“We’re done, Bastion.” He said then turned and walked out of the room, leaving Bastion with a broken heart. 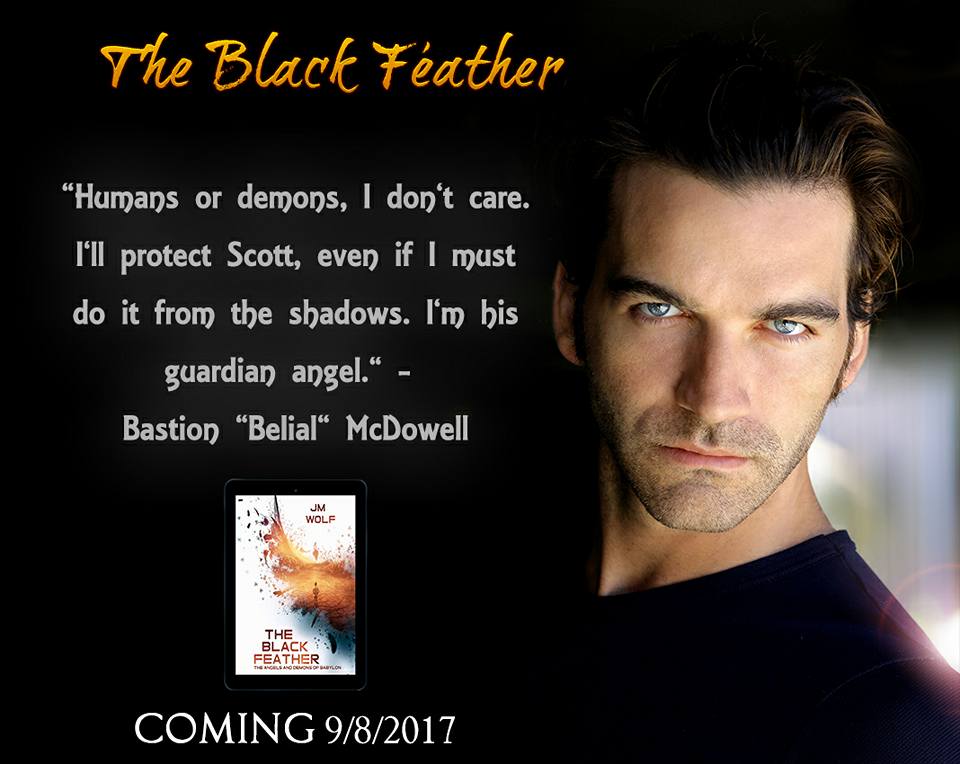