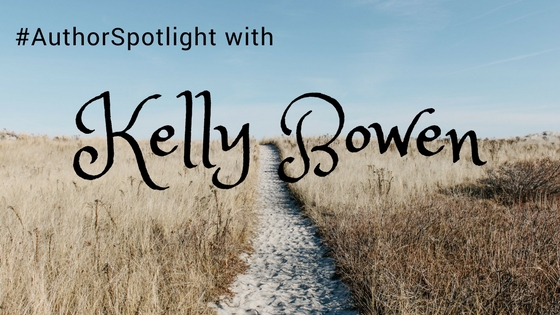 Kelly is a new-to-me author, I met through my aunt, who happened to attend a writing workshop where Kelly was a guest lecturer. She’s another Canadian author (we’ve had a lot of those lately! I love supporting fellow Canadian artists). We’ve had several contemporary and many paranormal or sci-fi romance authors on here and a few fantasy authors as well, but we haven’t had very many historical romance authors. The first romance I ever read was a historical, and next time I’m craving a Regency romance I’ll be turning to today’s guest author.

So let’s get to know Kelly!

I was born and raised in Manitoba, Canada. I attended the University of Manitoba where I earned a graduate degree in veterinary physiology and spent many years happily working as a research scientist in the agriculture industry. (Which, of course, has nothing to do with writing romance novels.) I am an avid reader of all genres, though it is the happy-ever-after that makes me love romance and makes writing it so much fun.

My last release earlier this year was book 3 in my Season for Scandal series. This series revolves around the Regency-era scandal management firm of Chegarre & Associates, who can make even the most dire of scandals disappear for those who can afford their services. Book 3, titled Between the Devil and the Duke, is Alexander Lavoie’s story – a partner in the firm and a man rumored to be an assassin. Or a spy. Or maybe both. He also owns the most notorious gaming hell in London and he finally meets his match when encounters the heroine, Angelique Archer, desperately and deliberately counting cards at his vingt-et-un table.

Next up, I have a novella coming out in November of this year to introduce my next 3-book series, which will be published in 2018. This next series (as yet untitled) will feature a finishing school for young ladies that is not at all what it seems on the surface…

3. You write historical romance. There’s a lot of research that goes into historicals. Can you tells us about your favourite part of writing historicals, and perhaps the most challenging part?

I adore the research part of writing historicals, probably because I adore history. It’s like the best homework assignment that is everything you love the most rolled into one. Many of my characters in all my books have been based on real-life men and women, and the stories that you uncover in the course of research are truly inspiring. The hardest part of research is not to fall down a research hole and spend hours and hours chasing a subject that you’ve stumbled across that is both fascinating and completely unrelated to your work in progress (I still do it all the time). Those subjects, however, usually provide some great material for the next book!

I can’t say that there was any one particular author who influenced me – growing up I would read anything I could get my hands on – from fiction to biographies, history to science. My very first romance that I ever read was Jude Devereux’s A Knight in Shining Armour, and that captured my imagination and opened up the world of romance for me.

Inspiration comes from all sorts of places – history, people, television, movies, books, news, current events and of course, your own experiences in life, both good and bad. The best part about writing is that you can pick and choose the parts and pieces that you want to use – and combine them in the way you wish to drive your own creativity.

The trickiest part for me that I’ve had to learn to manage is setting reasonable deadline goals for myself. I am the type of person who likes to get things done quickly and efficiently, and to have an ‘unfinished’ book sitting on my computer used to drive me nuts. I’ve since accepted that a book can’t be written in a day or a week or even a month. It’s a process and I’d like to think I’m getting better at it!

Excerpt from Between the Devil and the Duke

“The gown is exquisite, Mr. Lavoie.  But it’s too much. I can’t possibly accept—”

“You can and you will.” He was careful to keep his tone businesslike.  “The patrons of my club expect glamour, extravagance, opulence.”  And you deserve that and more.  “This is another argument you won’t win, my lady.  If you wish to work your probabilities behind my vingt-et-un table, you will do so dressed in a manner befitting this establishment.”  He congratulated himself on the detached, slightly mercenary way that had come out. It was better than confessing he had wanted to gift her with something beautiful.  And it was far better than admitting he wanted to see her dressed more magnificently than any other woman.

Her eyes strayed back to the box.  She reached for the gown and drew it from its wrappings, the satin slipping soundlessly across the desk and to the floor.  She held it up to her chest, smoothing a hand down the front.  “I’ve never seen anything like it.  It’s incredible.”

“I see no value in procrastination,” he said, turning her words on her again. “If the gown requires alterations, it will need to be attended to promptly, though I am reasonably confident in the fit.  I am a fair judge of women’s measurements.”

Her nostrils flared, and her lips thinned.

“Ah.  You’ve heard about my harem,” he said with no little sarcasm.

She blushed furiously, but her chin rose a notch.  “Yes.  And it sounds positively exhausting.”

A laugh escaped, surprising him. “Doesn’t it?”

“Please be assured that I am not often inclined to believe everything I hear.”

“Unfortunate.  A reputation, such as the one I have as a lover, is a tricky thing to maintain.  Sensible people such as yourself are a detriment to good gossip.”

Her lips twitched before she seemed to catch herself.  “It is not any of my business, Mr. Lavoie, whatever means you use to entertain yourself.”

Alex picked up his glass, studying the pattern of the cut crystal.  “On the contrary, my lady.  Women use me.  I am a dangerous distraction from their reality.  I am the scandalous, wicked adventure that they crave in their ordinary, boring lives.  And on the rare occasions when it suits me, I let them use me, because I derive pleasure from it too.”  He raised his eyes to hers to find a dark blond eyebrow arched in his direction.

“And this makes you happy?”

His fingers tightened on his glass.  What an absurd question.  “It has never made me unhappy.”

She watched him for a long moment, and he found himself resisting the urge to squirm like a boy.  Which was even more absurd.  “Despite my reputation, my lady, rest assured my skill in measurements comes not from my harem, but from my sister.  Who always seems to require a wide range of…garments, but is often not around for fitting.”  Just why the hell was he explaining himself?  Since when did he need to justify himself to anyone?

“Does she work at your club?”

“What does she think of your reputation?”

Alex chuckled.  “Perhaps, if you ever meet her, you should ask.”

Angelique’s head tipped.  “You also have a reputation as an assassin,” she said.

“Mmmm.  It’s a wonder I have time to eat breakfast with all I do.” 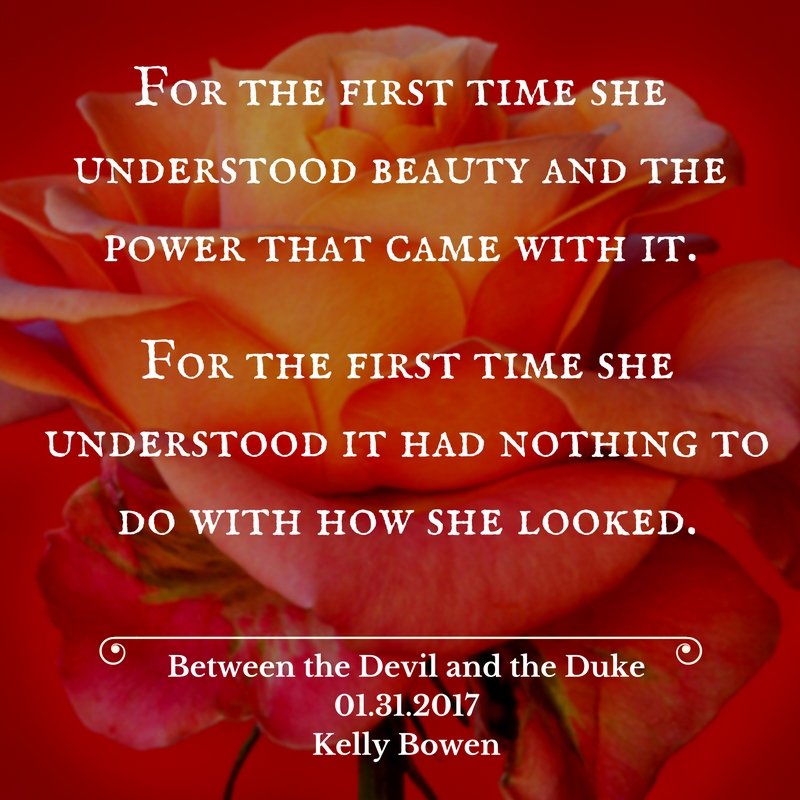 “Do you need someone killed?”

She blinked.  “Not at the moment.”

“Just as well. I am fully engaged until mid-October.”

Angelique was still watching him, though she had a thoughtful expression on her face now.  “You find this all amusing.”  There was no criticism in her words, just a faint note of wonder.

“Generally, yes.  Though mostly, I find it useful.  Reputations – public opinion — can be manipulated to achieve one’s objectives with startling efficiency.”

“Not always,” she muttered.  Her expression had darkened.

“Ah.  You’re referring to your past reputation.”

“I beg your pardon?”  Her forehead creased.

Angelique stared at him.

“That was what they called you during your season, didn’t they?  The marriage mart mamas, the drunken gentlemen, the territorial debutantes.”

“How do you know that?” she whispered.

She had paled, her earlier color draining. “What does it matter what they thought of me?  What they called me?”

“Is this you being cruel then?”

“No, this is me being real, my lady.  And honest.  I want to know if your past will impede your ability to do your job here.”

“Aloof.  Unapproachable.  Cold.  That is what – and who— they thought you were.  Is that accurate?”

“Yes,” she said tightly, though she didn’t look away.

“Yet the woman currently standing before me is anything but.”

“Is that supposed to be a compliment?” 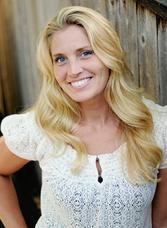 Blurb from Between the Devil and the Duke

Their love was always in the cards…

He should have thrown her out. But when club owner Alexander Lavoie catches a mysterious blonde counting cards at his vingt-et-un table, he’s more intrigued than angry. He has to see more of this beauty –  in his club, in his office, in his bed. But first he’ll have to devise a proposition she can’t turn down.

Gossip said he was an assassin. Common sense told her to stay away. But Angelique Archer was desperate, and Lavoie’s club offered a surefire way to make quick money – until she got caught. Instead of throwing her out though, the devil offers her a deal: come work for him. Refusing him means facing starvation, but with a man so sinfully handsome and fiercely protective, keeping things professional might prove impossible . . .