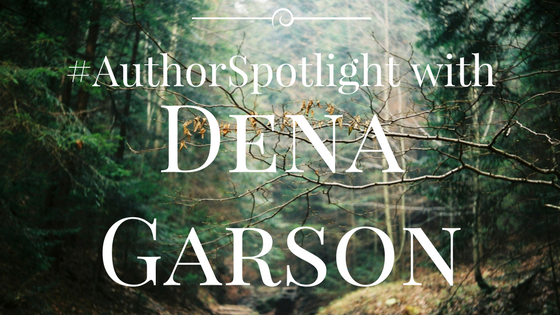 So let’s get to know Dena!

I’m a mom – I have two teen/pre-teen boys still at home. They play a lot of sports, so we’re often running to a practice or game of some kind. I have a Labrador who is often my touchstone. And we just adopted two rescue kittens (orange tabbies) who get into everything and wrestle and play all day. Kinda like my two human boys.
I do work fulltime at a day job. I’m a process improvement consultant, which basically means I get to go into departments and help them identify ways to do things faster or more efficiently. So, I get to be nosy and learn new stuff all the time, which is awesome!

2. Can you tell us a little bit about your new release? And what readers can expect when they open one of your books?

When Ash Remains is about a warrior who is tracking the person who slaughtered his cousin. During his search he meets an unusual woman from another tribe who can supposedly talk with spirits. It’s an unlikely pairing since he doesn’t believe in anything he can’t see or touch, and therefore hunt. They end up working together to find the killer and fall in love in along the way.

In most of my books the reader can expect a HEA – at least a HFN (my two short stories are definitely just a HFN). I read romance – I love the genre. I want my readers to believe the two people in the book really do belong together.

My favorite to write is fantasy/paranormal. I love being able to play with “extras” – special powers, or enhanced abilities, and make up my own worlds.

I did find the historical aspect of When Ash Remains to be a challenge. I wanted to incorporate some factual information without drowning the reader in it. More than once I had to stop to research some element – clothing, the kind of equipment they would have used to ride a horse, how long it would take to ride a horse from point A to point B, herbs they might have used. I even looked into what kind of bathing supplies they would have used.

I read a lot while in grade and high school. I loved, loved, loved Mary Stewart’s Merlin trilogy. Still have copies on my shelf as a matter of fact! Also loved A Wrinkle in Time and Alice in Wonderland. You can see my love of fantasy is well rooted.

Absolutely. I don’t think you can really write without putting some of yourself and your experiences into your book. I often look around me and draw from what I’ve seen or heard – news stories, situations going on around me, people’s reactions to things. I even included a cameo appearance of my writing mentor, Ms. Peggy Fielding, in Ghostly Persuasion. She was a huge influence on me and my writing.

Promo. That just does not come naturally to me. I much prefer to sit in the back of a room and watch the goings on not get up on stage in front of people (at least that’s what promo feels like). But you can’t just put your book babies out there and hope people will stumble across them. I know. Thankfully I have a business degree to draw on and it helps me think about things objectively.

Excerpt from WHEN ASH REMAINS:

Ahyoka listened to the sounds of the spirits around her. Even without their warning, she would have sensed the presence in the shadows.

She rolled to her side and looked to where she knew he crouched. The darkness hid his features from her eyes, but his spirit radiated from the fire that burned within him. Never before had she met someone with such a potent life force.

Even her brother’s wasn’t as intense as this man’s, and her family descended from a line of powerful shamans.

Did he mean her harm? Or was he just passing through?

Without taking her eyes off the place where he hid, she groped behind her for the knife she had been using before she dozed off. The apples she ate sat heavy in her belly as she contemplated whether she should run or just face whoever it was.

The crunch of leaves from her left drew her attention. No sooner had her vision shifted than a blur from the place the man had hid raced toward her. She rolled as her father had taught her to do in order to minimize the impact of the assault. At the same time, she pulled her knife and tried to put it between her and her attacker. The man grabbed her wrist and pinned it to the ground, rendering her weapon useless.

She fought to free herself from his hold but found he outmatched her in size, speed, and strength. In an alarmingly short span of time, she found herself pinned beneath one of the most handsome men she had ever seen. She pushed aside her shock and renewed her efforts. “Get off of me!” Even the attractiveness of his face didn’t deter her from ramming her head into his nose.

He loosened his grip on her and covered his face as he mumbled some expletive.

She used this distraction to her advantage and bucked him to one side so she could wiggle free. Before she could get to her feet and scamper away, he grabbed her by the ankle.

“Let go!” She kicked at his hand with her other foot, trying to break his hold.

As she struggled with the warrior, two more men appeared from out of the surrounding trees. “Do you need help, Kajika?” the taller of the two men asked. The laughter in his tone suggested their struggle amused him.

Ahyoka renewed her efforts to break free of the first man’s grip. “Who are you and what do you want?”

The warrior kept his hold of her even as he climbed to his feet. “Who are you and what were you doing in our village?”

Ahyoka stopped struggling. “In your village? What village?”

“Don’t play dumb with me. We tracked you here.”

“I don’t know what you’re talking about.” She pointed to the bank just behind them. “I’ve been following the river all day. I stopped to rest when I realized how far I’d come. Where is your village?”

Now that he had released her, she could see the rest of the man who had interrupted her peace and quiet. Her eyes traveled up the length of his legs. She skimmed over the short deer skin he wore about his waist and tried not to speculate about what might be hidden beneath. His bow hung across his broad chest, making her wonder how he managed to squeeze into such a narrow span. Every line of his chest and belly could be seen clearly. If she wanted, she could count each one even from where she sat.

Something stirred within her and made her heart skip a beat. That same something counteracted her impulse to escape. 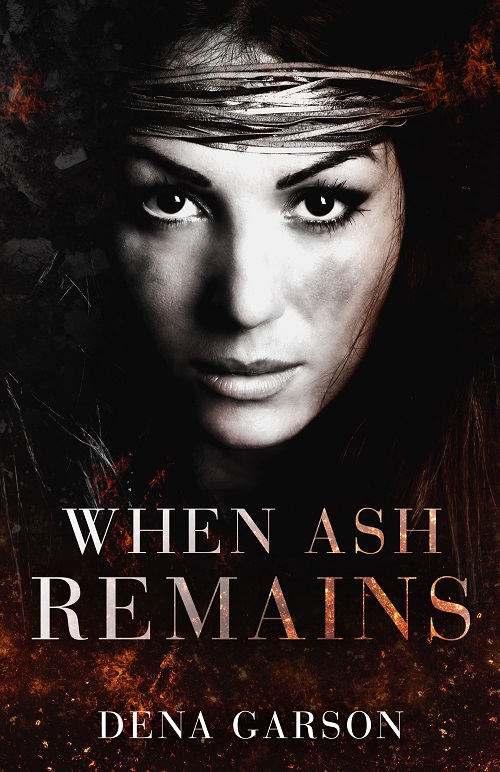 A warrior with a mission

There isn’t a buffalo or deer that Kajika cannot take down. So when his cousin is slaughtered he relishes the chance to track down the killer. The trail leads him to a woman with gifts he has trouble believing in. Despite their differences he cannot fight his instinct to protect her from all threats – even those he cannot see. That drive even rivals his desire to explore every inch of her body.

A woman with a destiny

Knowing the spirits will protect her, Ahyoka allows the handsome warrior to take her to be questioned by his chief about the unexplained deaths in their village. He may not believe in her abilities but he is one of the few who doesn’t treat her like something to be feared or shunned. He awakens feelings that make her yearn for things she thought she’d never have. Her biggest fear is that once he learns the full extent of her gifts he will reject her like most of her tribe did.

A killer twisted by hurt and anger

Kajika and Ahyoka must work together to find the one responsible for the string of deaths in and around their villages. Faith, trust, and even a little bit of love will be needed to defeat the killer and right the wrongs committed in the pursuit of power and revenge.