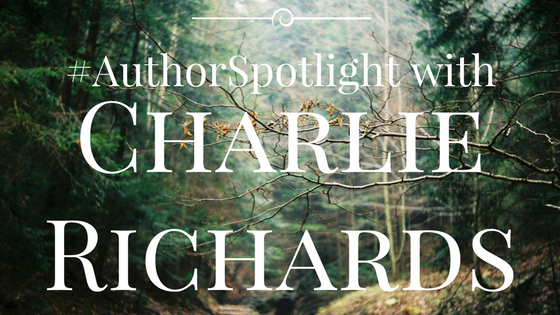 Today on #AuthorSpotlight we have M/M author Charlie Richards. Charlie has written over 100 titles for eXtasy Books. Charlie has been a wonderful help over the last several months, answering my newbie questions, and she even volunteered her time for the release party for My Mistletoe Master.

So let’s get to know Charlie!

I am a 36 year old married crazy horse lady. My husband and I own several Tennessee Walking Horses and a couple others of mixed breed. We moved out to the wild mountains of Oregon several years before and are slowly turning our raw land into an equine paradise to breed and raise Tennessee Walking Horses. Writing is my full time job, and I spend most of my hours in front of a computer weaving gay paranormal romance tales that share the message of love and acceptance of all kinds.

My latest release came out on March 3rd and is the 12th tale in my A Loving Nip series – Taming War. It is actually the first ménage story I have written in years. Normally I write m/m stories with a paranormal cast – from shifters of all varieties to vampires to gargoyles and even a few other oddities. My stories are short and sweet, mostly angst-free with an obstacle or two to overcome plus a happily ever after. 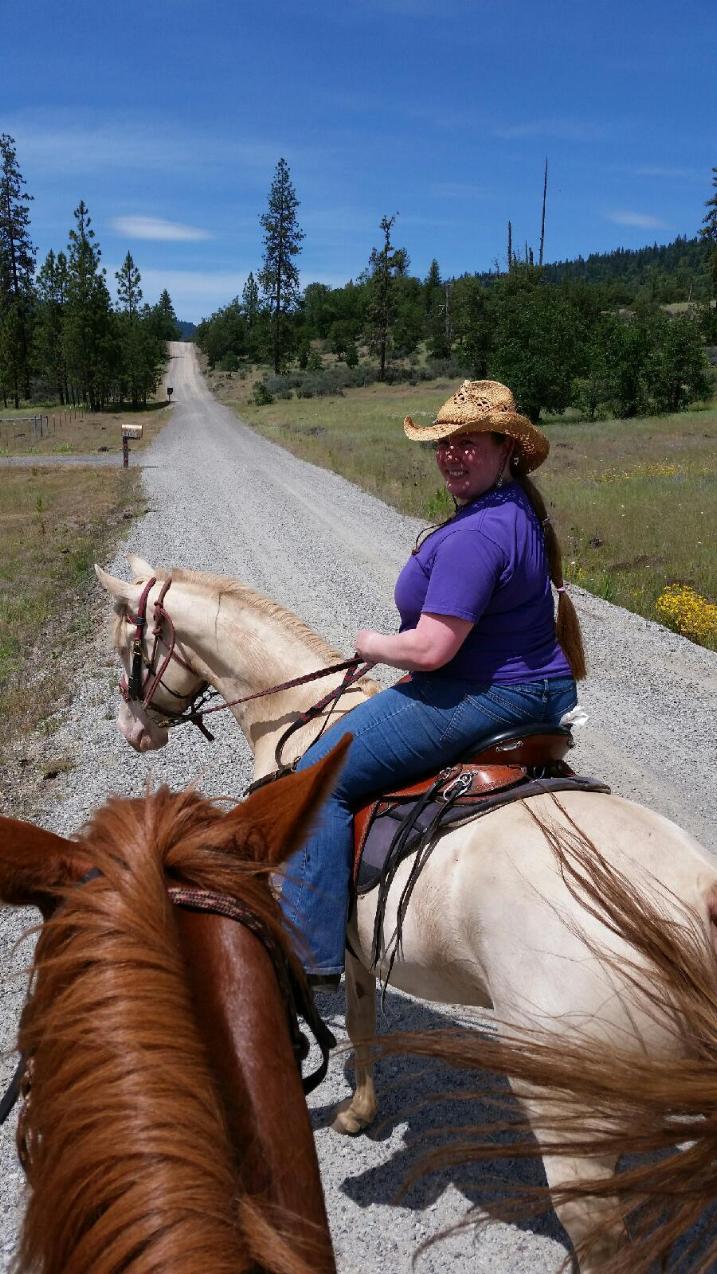 3. You write M/M stories. What drew you to that genre? What are the best parts, and the most difficult parts about writing in the M/M genre?

I’ve always loved writing and started as soon as I understood how to string words together as a child. I’ve written everything from epic fantasy to western to romance. I actually stumbled across the m/m genre by mistake when I picked up a book that had m/f and ménage in it. What I didn’t realize was that it had m/m in it, too. After that, I couldn’t get enough, so progressing to writing it was pretty natural for me. The best part, in my opinion, is having the opportunity to share the ideas of acceptance and love in all forms. The toughest part is writing sex scenes…after all, I am a woman. I’ve had to look up things that made me a little uncomfortable (for example: piercing placement on male genitalia), but in the end, it’s been totally worth it.

I grew up reading epic fantasy with my father from the likes of Terry Brooks and Piers Anthony. I still love rereading them, too. I love Piers Anthony’s Xanth novels, as they opened my eyes to the possibilities of ‘there’s more out there’. I’ll admit to picking up a book called The Gunslinger because I thought it was a western and it turned out to be an erotic romance. Of course, I looked for many more, after that. Then, I have to mention the tale that turned me onto the m/m genre – Fantasmagorical by Annmarie McKenna – and I’m sure you can figure out what happened after that.

Just my horses. I enjoy working with my horses and it allows me to share the sights I’ve seen out in the mountains and wilderness, plus how interacting with them highlights how each of them has their own unique personality. 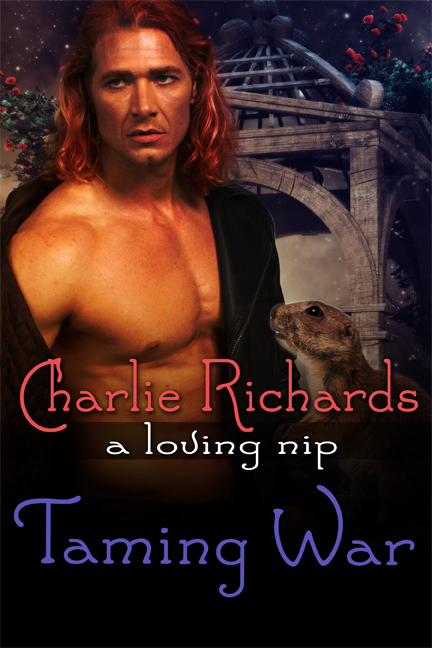 Just a little Love Bite: When the unexpected happens, it doesn’t always mean the end.

When the Horseman of War decides to have a little fun and he accompanies a favored demon into the human realm to join in a skirmish, he never expects to meet a vampire that jumpstarts his libido. A romp with Monte Hanover would be fun, passionate, and maybe even worthy of a repeat…after they finish the battle, of course. To his surprise, he helps rescue a prairie dog shifter that brings out protective instincts he didn’t even know he was capable of. Unfortunately, little Xerxes turns out to be Monte’s beloved. Scratching his itch with either man seems unlikely. Then, the unthinkable happens, and he realizes without his intervention, it would mean the death of both men. Can he take that leap? Or will War decide two lives, in the grand scheme of things, isn’t really worth the changes he’d need to make?

The door of the study opened, and the trio of vampires exited. After giving Master Dante a slight nod, offering the vampire master the respect his station was due, War focused on Monte. He curved his lips into what he knew was a feral smile.

“Looks like you’re with me, hot stuff,” War teased the vampire. He lowered his right hand to his abdominals, sliding his black-claw-tipped hand inside his open leather vest and rubbed low across his belly. “Why don’t we go somewhere and talk about strategy…or anything else that pops up.”

Monte’s gaze flitted to War’s hand, then to his groin. His cheeks and neck lit up with a rosy flush that War liked oh-so-much. Until he’d met the redheaded vampire, he hadn’t realized he had a thing for gingers.

Gods, I want to explore every inch of his pale flesh. Does he have freckles everywhere? Is the hair surrounding his dick just as red?

“Never going to happen, demon,” Monte responded, curling his lip. He scowled at War, crossing his arms over his chest. “And how did you hear our plans, anyway?”

War’s blood heated upon hearing Monte’s belligerent denial. He wondered if the vampire realized all that did was fire his desire. Seducing Monte into his bed was a different sort of battle, and one that would win him the best kind of spoils.

Easing a step closer to Monte, War rumbled softly, “I am the Horseman of War, Monte Hanover, not a demon.”

War purposefully dropped his glamour, revealing his true form for just a few seconds. He showed off his true seven-and-a-half-foot tall, massively built form, his red eyes and large horns, plus his huge, red bat-like wings. Just as quickly, he hid once more.

“I can hear through the walls,” War told Monte as he took in the vampire’s wide eyes and shocked expression. He stepped closer. When Monte took a step backward, War reached out and wrapped his fingers around the vampire’s upper arm. “Relax, handsome. I would never hurt you.”

Monte shook his head and blinked once. His shocked expression cleared as he seemed to come out of his stupor. He tugged at where War gripped him.

“I know that,” Monte grumbled irritably. He tugged at his arm again. “Let me go.”

War did as the vampire wished. At the same time, he gave the man a feral smile. “You won’t wish me to release you soon enough, Monte.” He swiped his tongue along his teeth, teeth that he knew beneath his glamour were far sharper than a human’s. “Think of it, Monte,” he crooned, lowering his voice. “Think of the vigorous, explosive fun we’d enjoy together.”

“Never going to happen.” With that parting shot, Monte turned and stalked away.