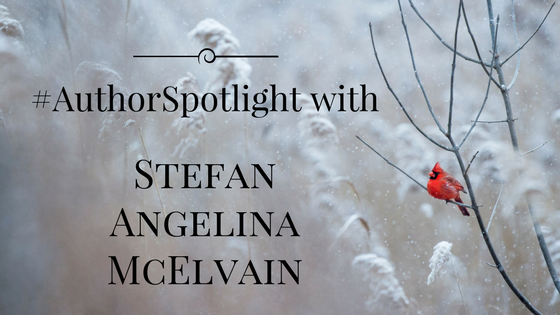 So let’s get to know Stefan Angelina McElvain!

I’m married, have two sons, and believe it or not two grandsons! Born in England, we all relocated to Los Angeles in the mid-eighties. Even though it’s finally raining here in Southern California, the weather’s too good to leave. I have to pinch myself. The beach is close, mountains and desert are within two hours’ drive. I’m on vacation.

I’ve been writing for about three years. The moral is you’re never too old to try something new. I’d never written anything other than technical reports before my first book, Alex. It wrote itself, and the series continues with the Vampire God coming soon from eXtasy Books.

2. Can you tell us a little bit about your latest trilogy? And what readers can expect when they open one of your books?

Cilla is the cosmetologist extraordinhair. She’s bored with working in a salon and decides to truly go freelance. Soon, she’s recruited to work for a mysterious organization, and some of her clients aren’t even human. Have hairdryer…will travel! The series is open for more—on the horizon a time storm is brewing. 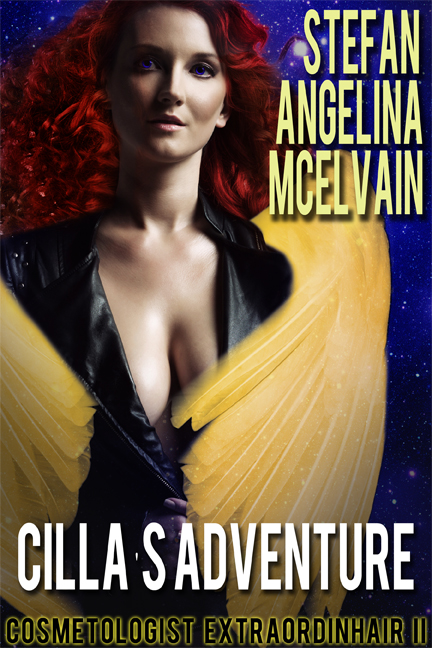 3. You write sci-fi with paranormal overtones. What drew you to that genre? What do you think is the best part about writing sci-fi with a bit of paranormal? What is the most challenging part?

I kid myself my stories are a meld of Isaac Asimov and Emmanuelle. The beauty about paranormal sci-fi–anything is possible, and time’s simply another dimension. With an infinite number of opportunities in the multiverse, you’re only limited by your character’s imaginations. My next challenge is visualizing a time storm. What would it do? Cilla is about to find out.

As a child, Enid Blyton and Edith Nesbit. Young adult C.S. Lewis, Isaac Asimov, and Tolkien. Throw in Burroughs, Robert Howard, Philip Farmer and the mix is complete. The beauty of starting to write later in life, there’s also a wealth of personal experiences.

Travel, yes. I’ve travelled a lot over the years, the only continent I haven’t visited is Africa. Movies, back in the seventies the Emmanuelle movies were an eye opener. I believe having a family is my biggest influence, even more so now they’re adults. I find my writing has more conviction if it’s based on a location I know.

6. What do you find the most difficult part of the writing process to be?

It has to be editing. So far, my stories have written themselves. I write fast. The story and the characters take over, and it simply flows. I have a theory about writers’ block. It’s caused by the conflict between the characters and the pre-defined plan the author wants to follow—no detailed outlines for me.

The process I now follow is…write, leave a week, read, re-write, leave a month and then start editing. I have three finished stories waiting on the computer, and I’m currently editing a fourth. There’s already a story bouncing around in my head trying to get out.

This is an excerpt from Cilla’s climax. This is Cilla Beyond Extraordinhair chapter five, time issues.

I couldn’t sleep. Every time I closed my eyes, I was walking through time and seeing different events. I couldn’t make any sense of it.

A voice inside my head said, I can help.

Step back, and look to the time horizon.

Who made you the expert?

I hate these time paradoxes.

I closed my eyes and forced myself to stay still. I was standing on a hill. I turned around, and I could see my life up to this moment. I could go back and relive any moment. The party when I met Pierre and Charles caught my eye. I smiled at the memory. They thought I was a hooker.

I was there reliving the moment and saying, “Are you two trying to restart the Hundred Year War?” That got their attention. “My name’s Cilla, and you are?”

The French man, who had hooded green eyes, answered, “I’m Pierre.” He lifted my hand and kissed it. The light touch of his lips sent a shiver up my arm. “Would you care to join us?”

“I’d love to,” turning to the second gentleman who had piercing blue eyes. “And your friend’s name?”

“My name’s Charles, but here in the States, everyone calls me Chuck. I thought I’d lost my English accent years ago. Pierre and I go way back. It sounds like an argument, but we’re all bluster.” 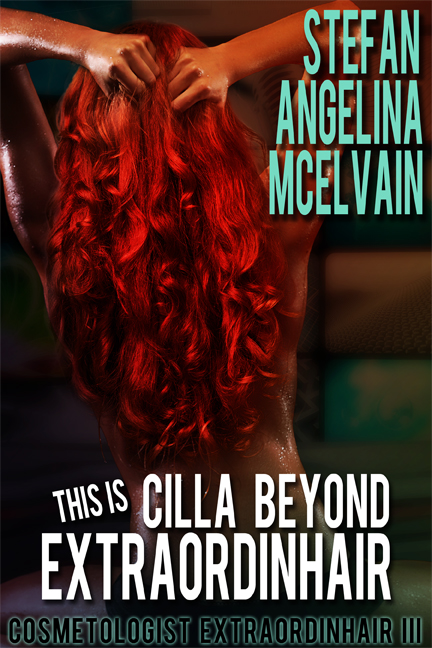 “I hope not. What if I want the two of you to perform?”

“Put like that, we would rise to the occasion. Would you want to join in?”

“I would.” I stepped closer and kissed him. He leaned into me, slipping his arms behind my knees and back and literally swept me off my feet.

I stopped and stepped back from the memory. It’s different. I’d changed my own past. I was back on the hill, but a different one. The path I was now on didn’t lead back to where I was seconds ago in my own personal time. I had made a different choice. This is too complex. I turned around and stepped back. My past isn’t fixed. I can go back and choose a different path. The possibilities are endless. How do the Wronski cope? Maybe they’re all insane.

It dawned on me. That’s why you look at the horizon. You skip the small stuff and focus on the end items. You pick the best distant future first, then work your way back to the present and select the one that works the best for you. Although, a different choice by someone who has similar abilities could throw everything back into a state of flux. I went back to the time I met Xared. Could I have saved him? The simple answer was yes. But the spaceship would then explode. I decided I couldn’t second guess myself. I was not going to go back and revisit all the decisions I’d made for the past twenty plus years.

I better go back to the party and reset the timeline to the one I remember. I was back at the party again. I need to ensure I have sex with Pierre first.

I heard a French accent. Ooh la, la, my favorite, and headed in that direction. There were two guys, early to maybe mid-forties, both in excellent condition, dressed in black slacks, open neck white shirts, and looking hot, sexy hot. One was obviously French and about six feet tall, the second, not quite as tall, and either Australian or English. I couldn’t tell the subtle accent difference. The alcohol gave me a false sense of security, and I sashayed over to join in their conversation. “Are you two trying to restart the Hundred Year War?” That got their attention. “My name’s Cilla, and you are?”