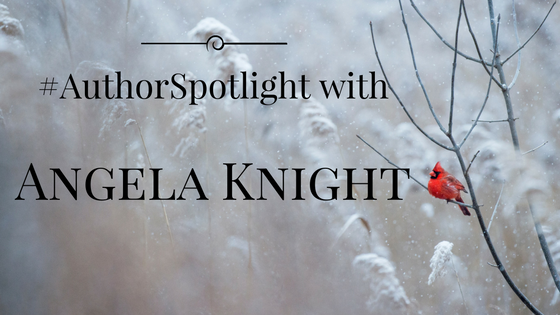 When I was nine years old, another kid and I decided to write a children’s book. The other kid lost interest, but I wrote “The Mouse Who Went to the Moon,” about a mouse who stowed away on an Apollo mission because he thought the moon was made of green cheese. I illustrated it in crayon and wrote it in pencil, then carefully stapled it together. My mom made such a huge deal about that book that from then on I was hooked. I have had one book or another going ever since. Most I never finished, but I have written and published 20 novels, and another 14 novellas and ebooks.

I love creating my own magical worlds and exploring how those worlds effect the people who live in them.

The book is called ARCANE KISS, and it’s up for preorder on Amazon as a Kindle book right now.

When his father is murdered, a military veteran becomes a target for terrorist sorcerers. Kurt Briggs has a spirit link to a tiger Familiar that gives him superhuman abilities, but he’s no match for the witch and her shape-shifting polar bear. He turns to Arcanist witch Genevieve Reyes for help in fighting the killers’ spells.

As Genevieve and Kurt hunt the terrorists, shared danger leads to shared desire. But they soon realize Kurt’s passion for Gen weakens his control over his cat. The consequences could be deadly for them both. Adding to the risk is Kurt’s memory of the way his mother turned her magic against him. Will Gen, too, betray him?

Genevieve is attracted to Kurt’s animal sensuality, but she knows she may be in as much danger from his tiger as the terrorists.

Then they learn the terrorists plan to sacrifice Kurt to power a horrific spell designed to decimate the U.S. government. Even if the couple manages to stop them, the killers’ plot may trigger a witch hunt that could mean the destruction of everyone with magical Talent – including Kurt and Genevieve.

I’m easily bored, and I tend to enjoy bouncy fun plots with weird stuff in them, like people who turn into vampires or werewolves or giant mystic tigers. My characters are smartasses with active sex drives who love making love, but they also have a strong commitment to doing the right thing. This often gets them in real trouble.

3. You’ve been writing for over twenty years and have enjoyed a successful career. You’ve written in multiple sub-genres. Do you have a favorite sub-genre? Is there a particular sub-genre that you have found more challenging than others?

If you could make a mental link with a magical tiger and create a tiger manifestation you could inhabit, why the hell would you? What would you do with it? How would it effect society if people could do crap like that? You’d obviously be hell on wheels on the battlefield – and my hero is. But how would people who DON’T have that ability feel about you? And what if terrorists also had that ability? In Arcane Kiss, the hero is fighting a terrorist who can create a nine-foot polar bear manifestation; the bear’s partner is a witch and a sniper.

As a kid, it was Robert A. Heinlein, Anne McCaffrey, Arthur C. Clark, and Gene Roddenberry. And Stan Lee. (LOL!)

Bigotry bugs the crap out of me. I was on the receiving end of a LOT of bullying as a child, because I was a bookworm going to school with a crapload of rednecks who thought anybody who read a book was a freak. I was the only girl at the senior prom with her arm in a sling and a black eye because a bully beat me up on the school bus. And yes, I was 17 at the time, and the bully was male. So when I see groups of people get picked on and beat up, it makes me want to tell the bullying a$$hole to find something more productive to do. You can’t stand by and just watch somebody get bullied, because the next target could well be you or someone who love. We must make it clear that kind of behavior isn’t acceptable.

So a lot of my villains are bullying a$$holes who beat their wives and children and strangers off the street. It gives me much satisfaction to turn my giant mystic tiger hero loose on those people.

I love writing smartass sidekicks, preferably talking animals. In Arcane Kiss, that’s a soldier named Dave Frost who died in combat and was trapped in the body of his tiger Familiar. He’s best friends with the hero, Kurt Briggs.

Dave emerged from the lake and shook himself, sending a thunderstorm’s worth of water flying from his fur.

Kurt jumped back, but got sprayed with cold droplets anyway. “Dammit, Dave!”

“You looked so hot, I thought I’d help you cool off.” The tiger smirked. “You’re welcome.” 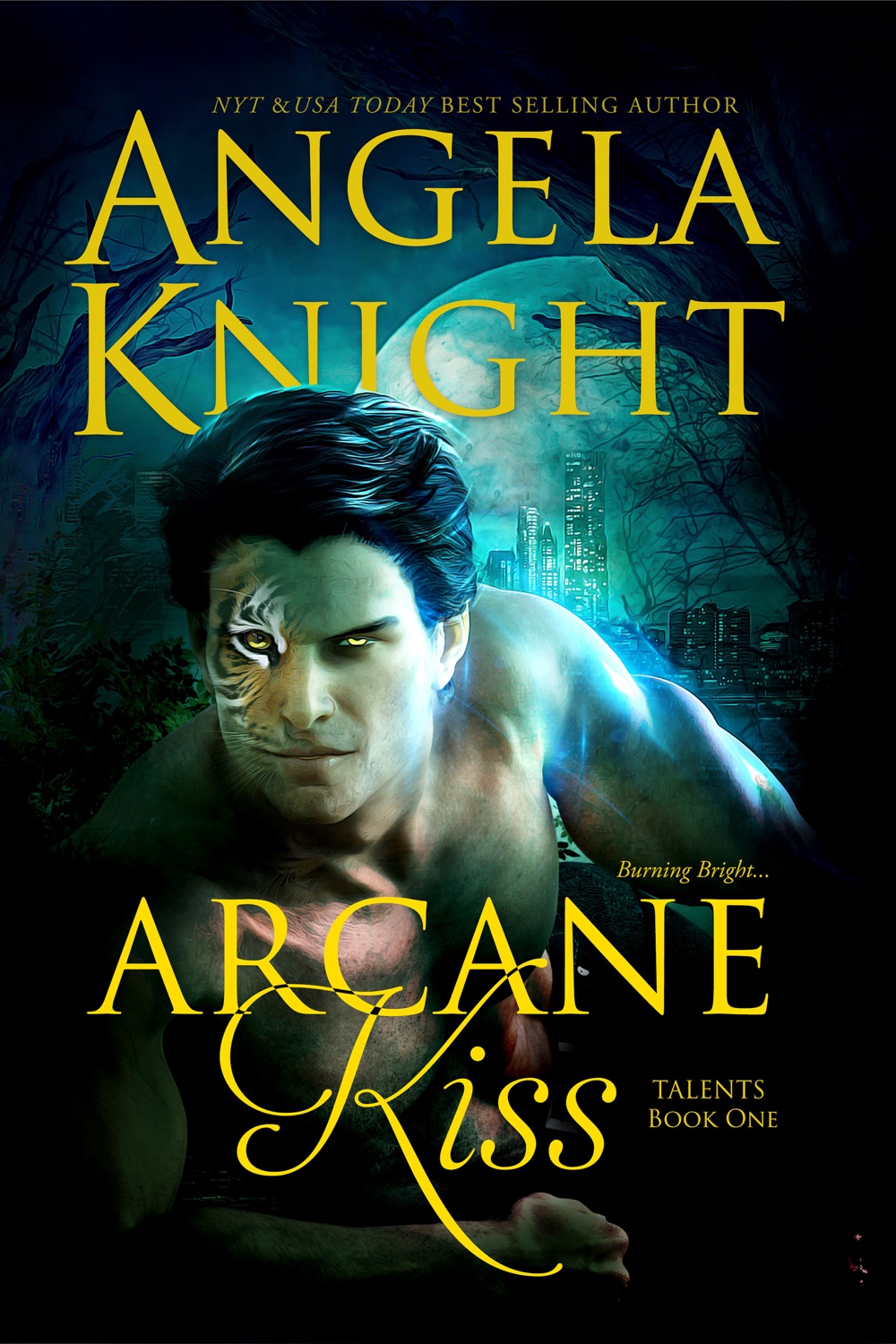 In this excerpt, Genevieve tries to help Kurt regain control of his tiger after the murder of his father. The other characters are friends of Kurt’s, Deputy Jake Nolan and an Arcane Corps veteran named Dave Frost, who is trapped in the body of a tiger. It takes place at Briggs Feral Sanctuary, or BFS, which is the big cat sanctuary Kurt and his father run.

The roar rolled out over the park, a shattered cry of fury and grief. It seemed to stab right past Genevieve’s twenty-first century intelligence to her inner small mammal. She jolted to a stop — and found herself staring at a sign reading “BFS Educational Arena.”

Spotting an open gate through the octagonal fence, Gen ran through it. And stopped dead, staring in sick horror.

Kurt knelt beside a body lying crumpled in a pool of blood. Dave stood beside him, his ears flat, his golden eyes too wide.

“You bastards!” Kurt leaped to his feet, head thrown back, screaming into the night, voice vibrating, sounding more animal than human, his magic reverberating through the air around him. “I’m going to fuckin’ kill you!” His tiger manifested in a golden explosion, forming a glowing shell of magic.

Ice slid through Genevieve’s blood. Arcane Corps brat that she was, she knew what happened when they lost control.

Gen wasn’t the only one who was freaked out. Dave tensed, though whether he was going to run or do something to stop his friend, she had no idea. A blond man in a Deadpool t-shirt stood on the other side of the cat, watching Kurt as though he expected to be attacked.

There was a gun in his hand.

Kurt roared again, his tiger’s rearing shell surrounding him, balanced weightlessly on its hind legs in a way that would have been impossible for a flesh and blood animal.

She had to do something or that blond guy was going to have to kill him.

“Kurt!” Even as she started toward him, Gen realized what a monumentally bad idea this was. She kept going anyway. It was too easy to imagine how she’d feel if Dad had been sacrificed in an Arcanist spell. “Kurt… I’m so sorry about your dad.”

“Lady, what are you doing? Get back.” The blond man’s gaze flicked to her, and he brought the gun up, aiming it at Kurt. He spoke in the dead flat tone of a man whose world had exploded as he desperately tried to contain the fallout. “Get out of here.”

Dave slunk toward her, his gaze on Kurt’s. “Genevieve, get away. He’s out of control. He could hurt you.”

“No, he won’t.” Her gaze locked on Kurt, silhouetted against the blaze of his manifestation. She reached out to him, using her own power to brush his aura. His grief slammed into her consciousness in a battering wave. The impact of it rocked her back on her heels. Pain. He’s in so much pain….

“Kurt’s tiger is dead,” the blond man said in a carefully controlled voice. “I think he’s trapped in a feedback loop.”

And yet…Sometimes she could touch another’s aura, reduce the pain, as she’d done for Parvati. She might be able to help him too. There wasn’t time to draw the kind of intricate spell that would force him to calm down, but if she could reduce his pain enough, he could regain control.

Of course, if it doesn’t work, he may kill me.

Licking dry lips, Genevieve moved slowly forward, sketching sigils in the air to focus her magic on what she wanted to do. Extending her hands, she sent her aura sliding over his in a gentle brush. “Kurt? I can help you if you’ll let me. I can help you control it.”

The big man’s eyes glowed from the burning mask of his tiger. The manifestation’s mouth opened, displaying mystical teeth that could rip into her skin every bit as efficiently as the physical version. “Genevieve?” The voice sounded inhuman, reverberating as it did with his power. “He’s dead, Genevieve. Dad’s dead.”

“Lady, back off!” Deadpool Shirt started toward her. Judging from the glow of his eyes, he was a Feral too.

Kurt’s gaze whipped to him, hot and direct with aggression. He growled, the sound so deep it was almost subsonic.

The man swallowed, but kept coming, broad shoulders tensed to fight. “This is that girl, Genevieve? The witch you like, right?”

“Mine!” Kurt sprang, covering ten feet in an impossible leap as his magic drove his human body forward. Genevieve yelped, startled. His arms snapped around her like a trap clamping shut, and he jerked her against his side.

Gen found herself looking out at the world through the glowing tiger mask. Crap!

In a blur, Deadpool Shirt shifted his aim to follow his friend. “Kurt, stop. Don’t hurt her. Don’t make me shoot you.”

“No!” Dave snapped, a rumbling growl rolling beneath the words. “Holster that thing before you really set him off.”

“No.” He bared his teeth, and the huge fangs of his manifestation echoed the expression. “She’s mine, Jake!”

“Kurt, you don’t even know her! That’s your cat talking. Let her go!”

“It’s all right,” Genevieve said, touching the powerful arm around her waist to draw his attention. He felt like Michelangelo’s David cast in heated steel.

Kurt met her gaze, his face limned in the glow of his manifestation. She’d have thought him handsome ordinarily, with those glowing tiger eyes and angular warrior’s face. But the mouth that should have looked sensual twisted in pain and despair, and her heart ached for him. “No, it’s not.” He sounded so inhuman, she felt a fresh spurt of fear. “It can’t get any less ‘all right.'”

“It can if you hurt her.” The muzzle of Jake’s pistol tracked him steadily, but there was anguish in the Feral’s eyes.

“Don’t threaten me. This is my place. She’s mine.” Kurt tensed, focusing on his friend with the alien gaze of a cat on the edge of exploding into violence.

I’ve got to talk him down, or we’re all screwed. “Look at me, Kurt.” She looked up at him, curling her aura against his, using it as a brake against the furious churn of his power. “They’re not going to hurt me, and neither are you.”

He stared at her, nothing at all human in those golden Feral eyes.