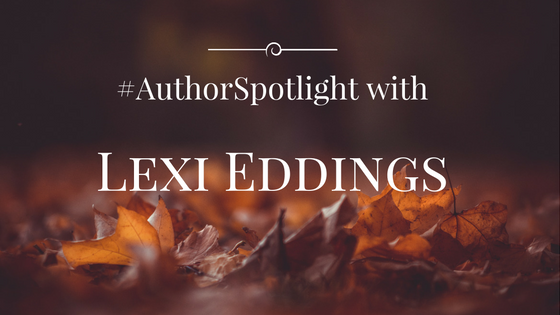 I had the pleasure of meeting Lexi a few years back at the Romantic Times convention, the year it was held in Ohio. Another author, Bobbie Smith, ran a pre-convention workshop for aspiring authors. As I was unpublished at the time I thought it would be a great chance to learn more about the romance genre from the pros. Many authors volunteered their time and Lexi was one that I connected with. She was friendly, and kind and offered up wonderful advice for me as I was starting out on this journey. I’m very grateful for the time she dedicating to help us newbies.

First of all, I want to thank you for having me here, Cameron. Writing is kind of a solitary activity, so the friends I make on line are special to me! Let me pour you a cup of cyber-coffee and we’ll put our feet up for a while.

Now for your question: I’ve always been an avid reader, but I can’t say I always wanted to be a writer (unless you count the MONKEES fan fiction I wrote when I was in 5th grade!) I’ve been—hold on!—a professional opera singer, a teacher, a choir director, a homeschooling mom, a Realtor, a banker and now finally a published author. Fairly late in life (read: after our kids were grown) I had the freedom to explore what the storytelling voices in my head were trying to say. I’ve loved learning the writer’s craft, but it’s an ocean of stuff. I feel like I’m still just dipping my toes in the shallow end.

2. Can you tell us a little bit about your most recent release? And what readers can expect when they open one of your books? 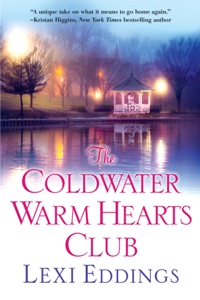 I started writing The Coldwater Warm Hearts Club because I was homesick. We were living in Boston at the time and, while it’s a fascinating part of the country, I really missed the Midwest, and especially the Ozarks (a lovely bit of Americana and one of the most surprisingly pretty places you could wish to call home). So I wrote about a heroine coming back to fictional Coldwater Cove, but unlike me, she wasn’t happy about returning to flyover country. She was there because she’d been disgraced and had nowhere else to go. Then, the writing voices in my head encouraged me to pair her with a wounded warrior, a tough guy who hasn’t let the fact that he’s missing part of his leg change who he is at his core.

With my books, readers can expect a few laughs, a few tears, and a guaranteed happy ending every time.

3. What drew you to the contemporary romance genre?

Don’t get me wrong. I love history, but I wouldn’t really want to live in any other time but the present. I have too much vested interest in hot-and-cold running water, convenient transportation, and medical practice that doesn’t include leeches. So I didn’t want to tell my story in a world where my characters would have to deal with the harshness of real life in previous centuries.

There’s enough tough stuff to deal with in this one!

Louisa May Alcott’s Little Women. I must have read it a couple dozen times. I so wanted to be Jo March and I still tear up when I think about Beth’s death. The March girls taught me about the value of family and being true to myself.

Life experiences, definitely. I couldn’t make up some of the silly things that happen in my books! I’m not saying my dad is exactly like George Evans (my heroine’s father) but he does have a running war with the squirrels in his yard, and likes to pinch a penny till it squeals.

I like exploring characters who’ve lived on the edge of human experience and have something deep to share about the human spirit. That’s why I really enjoyed writing Jake Tyler, the hero in The Coldwater Warm Hearts. In addition to having lost a leg from just below the knee, he’s dealing with PTSD, like many of our returning vets. He does his best to hide the moments when his time in Helmand province intrudes into his life in Coldwater Cove, but sometimes, he finds himself back in the land of the Khyber Pass.

Check out the excerpt to see what I mean.

7. Since being published what’s the weirdest question you’ve been asked? Or if you haven’t had a particularly weird question, what’s the most common question you get asked?

Well, this may not be a question but it’s certainly the weirdest author related thing that’s happened to me. When I sold my first book back in 2006, I was writing under my real name and had a trio of Viking era historicals published. The debut cover was gorgeous—a bejeweled pendant with a little dragonship embedded in it. I was still working as a banker then, but I was very proud of my first literary “child,” so I propped the book up on the shelf behind my work desk.

One day, when a customer came into my office to apply for a loan, she noticed the book.

“Oh, look!” she said. “There’s an author with the same name as you. And she gave you one of her books!”

Words are my life, but they failed me in that moment. What could I say that wouldn’t make her feel completely silly?

Anyway, if you’d like to learn more about me, my books and my often silly world, please find me at: 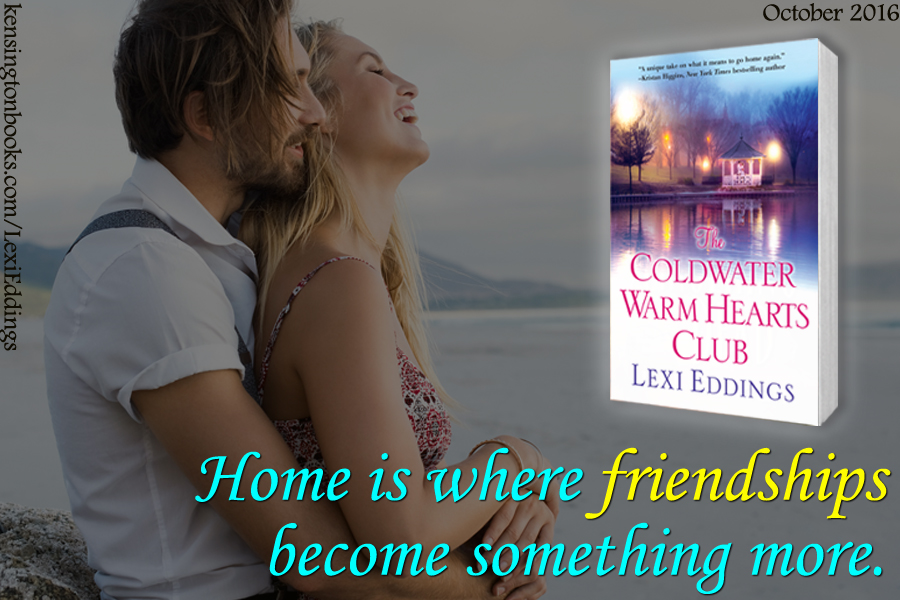 Set up & Excerpt from THE COLDWATER WARM HEARTS CLUB:

Jake takes Lacy on what he hopes will be a romantic boat ride on Lake Jewel. Unfortunately, the rowboat sinks and they’re forced to swim. As he nears the shore, Jake tries to stand on the sandy bottom, but his prosthetic leg gets stuck and he has to take it off. Then to make matters worse, his PTSD rears its ugly head at the worst possible time…

Jake started side-stroking toward shore. It was slow going. A pair of jays scolded overhead, their cries unnaturally loud. To his hyper-vigilant ears, it sounded like a warning. Like the high-pitched ululations of Afghani women . . .

He focused on the flat rock outcropping at the water’s edge that was his goal. Flecks of mica glinted in the sunlight. It was almost as if the rock was shining a searchlight on him, the better to illuminate his humiliation. He didn’t want Lacy to see him like this. He couldn’t let anyone see him. He wouldn’t—

“Get down, Tyler,” his commanding officer whispered fiercely. He yanked Jake down so roughly, he landed hard on his knees and then went flat on his belly.

He and the lieutenant had trekked for three klicks, forded the Helmand River in the dark, and now were humping it up a desolate hill. The plan for this recon mission was to use the night-vision gear in their packs to get a look at activity in the village over the ridge. Taliban fighters were suspected of hiding within the civilian population there, but Jake’s CO needed accurate intel before sending in the whole unit to flush out the bad guys.

“There’s a sniper out there,” his CO said.

There was no moon, but Jake had never seen a night sky so filled with stars. They stretched in brittle pinpricks from one horizon to the other.

“A sniper can’t hit what he can’t see,” Jake whispered back.

“This one can. If you break over that ridge standing up, you make a void in the stars behind you. It’s a bullet magnet. That’s how Stensrud bought it last month.”

So Jake crawled. Slowly. Upward. Taking care not to make a void. Not to expose his position by breaking over the ridge. Not to be seen.

Once he reached the top, he rolled onto his back, clutching his weapon in one hand. He couldn’t turn loose of it or he might not find it again. It was so dark. Even the stars had gone dim. He—

Someone else was there. Someone who was patting his cheeks. Whoever they were, they were sitting up beside him. Breaking over the ridge.

“No! There’s a sniper. Get down,” Jake said as loudly as he dared.

In the last firefight his unit had been in, his buddy Henderson had been right by his side when he took a bullet. Jake couldn’t bear to watch the light go out of another pair of eyes. Not if he could help it.

Even though he couldn’t see this new jarhead clearly, Jake grabbed him and yanked him down hard beside him before the enemy sniper could pick him off.

He blinked slowly and found himself lying flat on his back on the rock outcropping at the lake’s edge. Chest heaving, he gazed up at the canopy of a forest near to bursting into full leaf.

He wasn’t downrange in Afghanistan. It wasn’t night and that darn sure wasn’t another jarhead he’d manhandled into a position of supposed safety on the rock beside him.

Jake realized that instead of his weapon, he held his prosthetic leg in his left hand. He’d had a flashback. Zoned out for a bit.

In front of her.

His belly spiraled downward. He’d rather she had walked in and caught him naked in a frigid shower. Cold water does a favor to no man, but it would have been preferable to this.

She’d caught his soul naked. She’d seen him at his most vulnerable. His weakness had broken over the ridge.