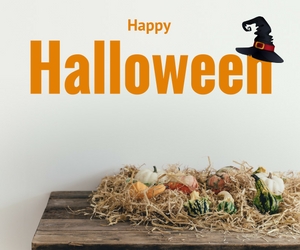 First of all: Happy Halloween!

So for Halloween I wanted to post a little something special, and give you a taste of Nick and Amelia. Despite the fact that I’m posting this on Halloween, the scene below actually has nothing to do with Halloween.

What is the Sandbox?

As a subscriber to Writer’s Digest, I read through a lot of their articles, and one in particular really stuck with me, although it was so long ago that I don’t remember what issue, and I never recorded the author or article title, but the premise of the article was what resonated. The author described an idea called “the sandbox” where an author goes to “play”.

As a writer sometimes it can be difficult to flush out a character. We want our characters to be “round” and not fall flat. We want them to come alive for the reader, and there are various ways to accomplish this. If you are having trouble getting into your character’s head, or understanding your character’s actions you might need to take a little bit of time and explore that character outside of the story.

Suggested ways in which to do this are:

So for me, I’m going to be using the sandbox a bit like a playground. A place to post fun bonus material that doesn’t necessarily pertain directly to the novels, but gives us a chance to take a little peak into the character’s lives.

Some of my favourite authors post bonus material. Gaelen Foley for instance has the “Happily Ever After Corner” where readers can see what the characters have been up to since their story ended. And Laurelin Paige often posts bonus material. A favourite of mine is when she interviews her hero, Hudson, about his plans for Christmas.

Some basics about the scene: 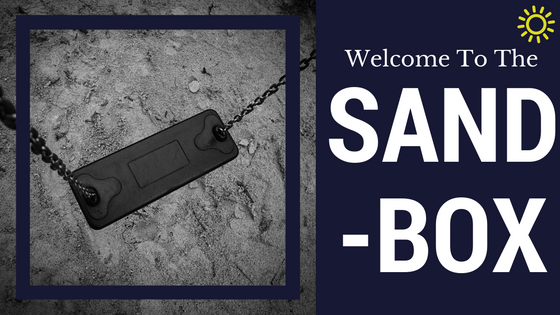 In the change room, amidst the girls chatter Amelia pulled her gym shirt over her head, covering her sports bra and upper body. The shirt was baggy, and not in the least flattering, but she was grateful that it had a cool mascot on the front. Her school was represented by a wolf. The next closest high school was the wasps. Who wanted to be represented by wasps?

The second bell rang and the girls began filing out of the change room. Amelia joined the grade ten girls in her fitness class.

A few of the keeners were already setting up the volleyball nets. Three of the girls were always the first changed and immediately went running to the teacher to see if there was anything they could do to help.

Amelia stood on one of the circles that was painted onto the floor. In line with the others she waited as the teacher took attendance.

Amy came up behind her and gave her a nudge.

“I thought you were going to be late today.” Amelia shifted on the circle to make room for her best friend.

“The orthodontist was quick. He was running ahead of schedule.”

Amy’s mom had picked her up prior to lunch to have her braces adjusted.

After Mrs. Hill completed the attendance, one of the three girls that had set up the nets volunteered to run the warm up. Five minutes and ten laps around the gym later they were practicing bumping drills with a partner. Another ten minutes and they had been divided up into teams and started playing volleyball.

The gym was set up with one large net and two smaller ones. The games were timed. At the end of each match the teacher recorded the score, then they rotated rivals and courts, so each team would get a chance on the big court. Mrs. Hill let them listen to music during the period so pop and hip hop blared through the speakers in the gym.

Amelia and Amy had been lucky enough to be placed on the same team. When they had their chance to play on the big court their friend Geneva was on the opposing team.

Geneva was new to their school and had three classes with Amy. Amy had invited her to join them for lunch one day, and she’d sat with them every day since then.

Amelia didn’t like it. Geneva had a tendency to give out backhanded insults. She had a way of saying something sweetly, but the meaning was anything but kind. Amy thought they should give her a chance, that she was just adjusting to a new school, but Amelia thought they should call a spade a spade. Geneva was a bully, plain and simple.

Playing against her was horrible. She hit the ball hard, and aimed for your head. Twice Amelia narrowly missed getting beamed in the face. She was sure Geneva was gunning for her.

God, would she ever be glad when this semester was over, and Geneva no longer felt the need to sit with them. Amelia prayed she’d find another group to leach off of.

She tried her best to ignore her and focus on the game.

A new song started pumping through the speakers. All the girls shouted, and whoever wasn’t actively involved in a play started dancing. They switched positions a few time during the song. Amelia was the middle blocker, center forward, when she heard the voices and the cleats on the gym floor.

Mr. Williams was leading the grade twelve boys gym class along the side of the gym toward the back door. They had been playing rugby during the past few days in the field behind the school.

Most of the girls snuck glances over at the guys. Some just plain stopped and stared. Mrs. Hill warned them to keep playing.

Behind Amelia the ball was served and it went back and forth over the net.

Nick, her brother’s best friend, was in the gym class currently walking passed. She knew the second Nick stepped into the gym. She could feel it.

She always knew when he was nearby. Her heart beat picked up, her skin prickled. She became engulfed by a sense of excitement, as if her entire nervous system was being stimulated.

Out of the corner of her eye she spotted him, but she kept her head in the game. She played it cool, ignoring him completely, all the while silently praying that she didn’t trip over her own feet and fall flat on her face.

Nick was walking with Ed, a teammate from the basketball team. Her gaze slipped over. The seniors’ gym uniforms were so much nicer than the grade nine and ten uniforms. Nick looked so hot in his black t-shirt, the grey wolf stretched over his chest. Long running shorts hung down past his knees. His dark hair was ruffled, probably from changing.

Amelia pulled her attention away from Nick just in time to notice the ball headed her way. Jumping up she spiked it back across the net. It rocketed to the floor earning her team a point.

She glanced over to the perimeter. He was watching her. He shot a smile her way.

The opposite team served the ball next.

The playlist switched to the next song. Again something upbeat and easy to dance to.

Still riding the high from the play, when the ball came whizzing toward her she spiked it again.

Movement from the sideline drew everyone’s attention as Nick yelled out, “Mine!”

Long legs carried him to the middle of the court where he dropped to his knees and slid across the floor. Arms straight, hands together, forearms pointed up, Nick bumped the ball back over the net.

It fell far enough behind her that Amelia couldn’t be faulted for the point they lost.

Amused the girls giggled and cheered, but Amelia just stood there staring at him in a mix of shock and wonder.

Grinning widely, he winked at her.

Mrs. Hill was coming toward them, blowing her whistle. Glaring, she shouted, “Out! Leave my girls alone!”

Still smirking, Nick caught up to his friend and scurried out of the gym.

Amy shuffled over and nudged her. “What was that about?”

Shaking her head, Amelia shrugged. She never had a clue as to why Nick acted the way he did, but it was moments like that, that made her think she might just have a chance with her older brother’s hot best friend.

“What was that about?” Ed asked.

“Mm? What do you mean?” Nick played dumb. They headed across the tarmac and onto the grass that led uphill to the field.

“You were showing off.”

It had been a pleasant surprise to see Amelia in the gym. When the opportunity presented itself, he hadn’t been able to resist jumping into their game.

Pretending he was confused Nick asked, “Which one?”

“The cute one that you couldn’t stop staring at.”

He didn’t see the point in denying it. “Yeah that was his sister.”

Ed shook his head. “That seems a little dangerous.”

“Sure.” As though it made no difference to him Ed shrugged. That was one of the things Nick liked best about Ed. He minded his own business. Nick knew his secret was safe.

He shouldn’t be crushing on his best friend’s little sister, but he had no control over his feelings. He tried to diminish them, to fight them as best he could, but the more he ignored them the stronger they seemed to grow.

Rarely did he let himself fantasize about her. He attempted to avoid using her in his spank bank, but he knew that after seeing her in P.E. class she’d be lodged his mind tonight. Her curvy little ass in those snug running shorts, and her still growing breasts straining against that gym shirt, would demolish any effort on his part to keep his thoughts pure. As loose as her shirt had been, there was no hiding the body underneath.

He could do his best to hide it, but Amelia Fuller did it for him, in a big way. One day it was going to get him into trouble. 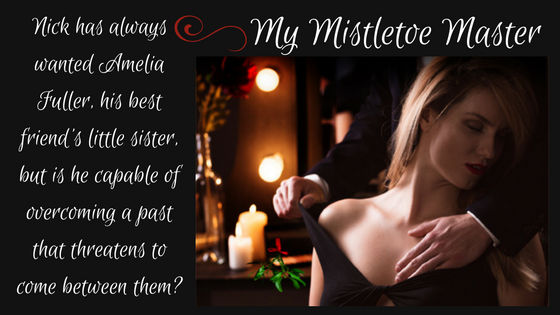 Click here for more information about My Mistletoe Master.

Excerpt to be posted in mid-November. You can expect another bonus scene in December.

My Mistletoe Master is available for pre-order at EXtasy Books.